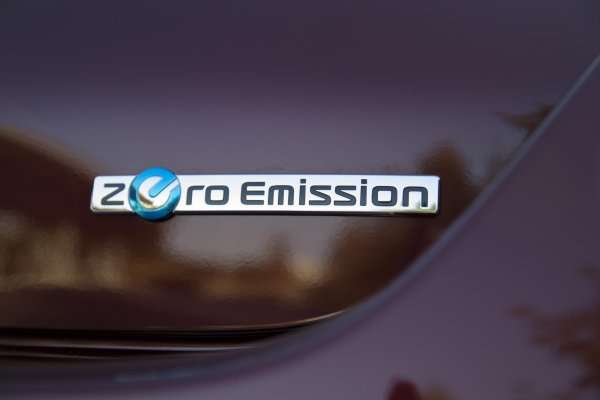 The 2016 Nissan LEAF, with its longer-range battery, enters dealerships shortly and has received U.S. pricing starting at $29,010 before incentives. The No Charge to Charge program has also been extended to include Salt Lake City, Utah.
Advertisement

Nissan has released pricing for the all-electric LEAF model. The 2016 Nissan LEAF enters showrooms soon and now includes a 30 kWh battery option with an EPA-rated range of 107 miles per charge. Three trim levels for the LEAF continue for the new model year.

The 2016 Nissan LEAF's base model is the S, which has a starting price of $29,010 ($21,510 after federal tax credits). This base model LEAF continues with the last-generation 24 kWh battery and its range of 84 miles per charge (per the EPA). NissanConnect with Mobile Apps and a 5.0-inch color display is standard equipment in the base model. This includes the EV system that allows remote connection to the vehicle to monitor battery state of charge, charge control (start/stop), and starting climate controls to prepare the car before entering the vehicle.

The mid-grade 2016 Nissan LEAF SV begins at $34,200 ($26,700 after federal tax credits) and includes all of the above and upgrades the NissanConnect to include navigation and a 7.0-inch touchscreen, along with voice recognition for hands-free control. The battery in the SV is upgraded to the new 30 kWh unit with its 107-mile range.

The 2016 Nissan LEAF SL top trim starts at $36,790 ($29,290 after federal incentives) and includes everything in the SV model, including the upgraded battery.

Three new color options are offered for 2016, including Forged Bronze, Coulis Red, and Deep Blue Pearl. This makes for eight color choices in all.

Now, buyers in Salt Lake City, Utah can also participate in the No Charge to Charge promotion as the 21st market for the program. This gives LEAF buyers up to two years of complimentary charging at public stations when their LEAF is purchased from a qualified Nissan dealership in the SLC area.

"Nissan LEAF is an attractive option for Salt Lake City car buyers," said Andrew Speaker, director, Electric Vehicle (EV) Sales & Marketing, Nissan. "In addition to the federal tax credit of up to $7,500, some LEAF buyers may also be eligible for an income tax credit of up to $1,500, HOV lane access and free metered parking for up to two hours. Those benefits, combined with access to free public charging, significantly lower operating costs and zero spending on gas, make owning an all-electric vehicle a cost-effective and convenient choice."

mike w wrote on November 13, 2015 - 6:53pm Permalink
No charge to charge sounds really sweet. Wish more manufacturers would provide that perk. We were very unimpressed with the battery in our 2011 Leaf so another Leaf will not be in our drive way.