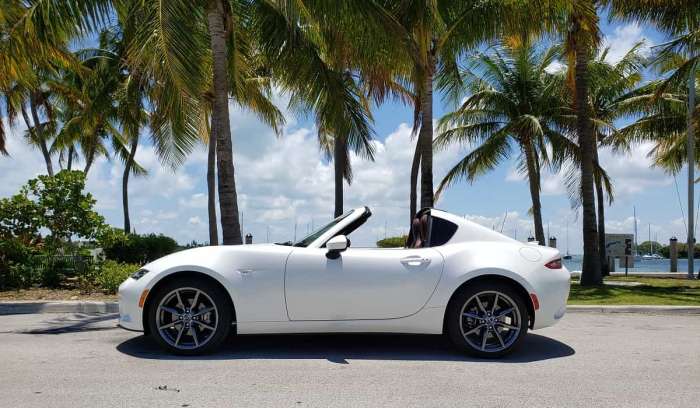 The Mazda Miata is piling up awards at the rate of three per week this spring.
Advertisement

The 2019 Mazda Miata is piling up awards at an amazing pace. Mazda had better expand its trophy case fast.

On May 23rd, 2019 the Southern Automotive Media Association (SAMA) presented the 2019 Mazda Miata with its Topless In Miami award for best compact convertible. The Miata was a media favorite that day and the Miata shared the podium with Mercedes-AMG and Rolls Royce drop tops. Tamara Mlynarczyk accepted the Award for Mazda. Just six days later, the New England Motor Press Association (NEMPA) named the Mazda Miata the Best In Class Convertible following voting at its annual Ragtop Ramble and Crustacean Crawl. The Miata is a perennial winner of this award, and as a member of the NEMPA group, this writer can attest to its popularity on the entire East Coast. Trevor Smith accepted the award for Mazda at the annual NEMPA MIT awards banquet. 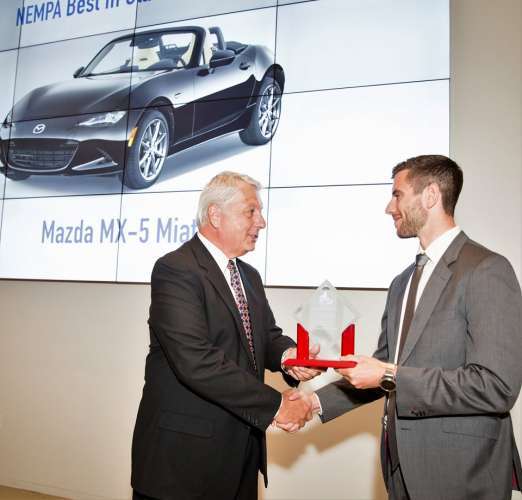 On that same day, WheelsTV named the Mazda Miata the Pre-Owned Vehicle Award winner for 2019. This award is presented to a vehicle that has outstanding value, reliability, and popularity in the used car marketplace. 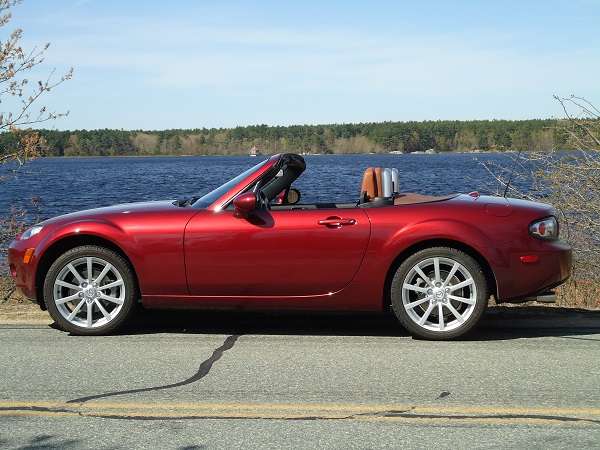 So, the Mazda MX-5 Miata earned three awards in just six days. Just doing some quick math, that rate is about 15 Miata awards per month or 180 awards per year. Of course, there aren’t that many awards to win. We Miata fans, owners, and testers need to leave a little time for driving. 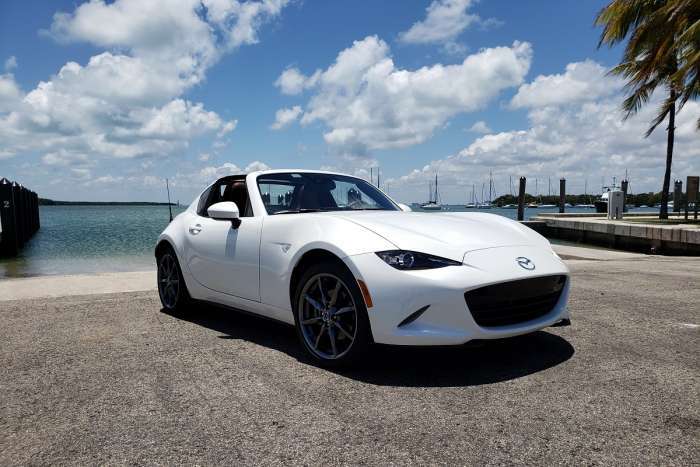 Mazda Miata Quick Facts
Mazda has sold over 1 million Miatas. Now in its fourth generation, the ND Miata is available with a quality Haartz soft top or as a retractable hard top (RT). The Mazda Miata recently gained a bump in power and other upgrades to what was already a solid performer. “Miata is always the answer” as the saying goes. In case, the question was, "which convertible is winning all of the awards this spring?"

LG's New EV Battery Plant Is a Welcome News for Tesla
Tesla Giga Berlin's New Hurdle: It's Not Only the Gov't, but Now Tesla Itself
END_OF_DOCUMENT_TOKEN_TO_BE_REPLACED