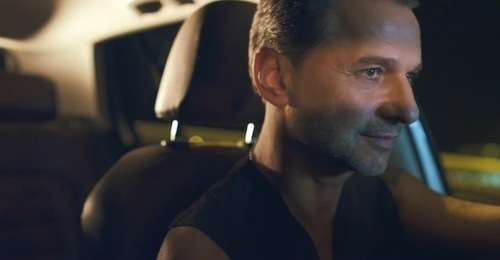 Although some car commercials opt for lush scenery and impressive stunt driving, others rely on memorable music. Whether it is Bob Segar’s “Like A Rock” or Eminem’s “Lose Yourself,” a good car commercial can become unforgettable with the inclusion of a catchy song. With this in mind, Volkswagen has enlisted the help of Depeche Mode to promote its all-new seventh-generation Volkswagen Golf.

The newly released advertisement showcases the versatility of the Golf VII by showing several different groups of people driving it, including a family, a pair of club-goers, and a country music enthusiast. In order to hammer the point home, the commercial features Depeche Mode’s 1984 hit “People Are People.” The commercial features multiple versions of the classic new wave song, each juxtaposed with the different drivers.

Aside from several cover versions of “People Are People,” the ad also plays the original track recorded by Depeche Mode. As if that weren’t cool enough, Depeche Mode lead singer David Gahan is scene driving the Golf as the commercial concludes.

No stranger to commercials, Depeche Mode’s music has been used in countless advertisements for brands like Yves Saint Laurent, Dior, and GAP. The synth band’s music has also been used in movies and television shows like Resident Evil, Saved, Say Anything, Cold Case, Bones, and Smallville.

Formed in 1980, Depeche Mode has had 48 songs in the UK Singles Chart and twelve top 10 albums in the UK. The band has sold over 100 million albums worldwide, making them the best-selling electronic band ever. Not just a commercial success, Depeche Mode has been praised by some of the top music critics in the world including Rolling Stone, who called the band “The quintessential Eighties techno-pop band.” The group’s 13th album is due out early next year.

The seventh-generation Volkswagen Golf touts a sleeker exterior, more upscale interior, and increased fuel economy. The vehicle also boasts increased safety features including fatigue detection and a multi-collision braking system. The all-new Golf made its debut at the 2012 Paris Motor Show in September.

LG's New EV Battery Plant Is a Welcome News for Tesla
Tesla Giga Berlin's New Hurdle: It's Not Only the Gov't, but Now Tesla Itself
END_OF_DOCUMENT_TOKEN_TO_BE_REPLACED