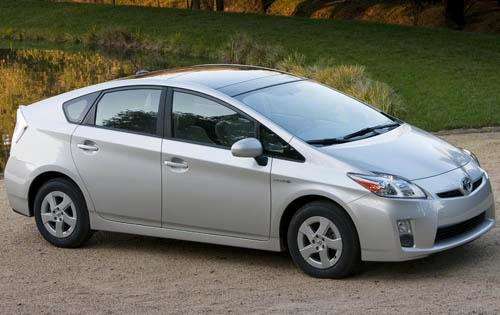 According to documents filed with the National Highway Traffic Safety Administration, certain Prius and HS 250h vehicles may contain a faulty brake booster pump, which may leak nitrogen gas into the brake fluid. As a result, the brake fluid may become contaminated and the brake pedal may exhibit reduced hydraulic pressure. In some cases, this condition could impact stopping distances and increase the likelihood of a crash.

The Japanese automaker first became aware of the issue in May 2010 when it received two field reports related to the brake booster pump assembly. Toyota subsequently launched an investigation, which lasted nearly two years. Late last month, Toyota decided that a voluntary safety recall campaign was necessary to remedy the problem.

Toyota has received over 90 complaints related to the issue. There have been no reports of crashes or injuries, according to the automaker.

This isn’t the first time Toyota has recalled its flagship hybrid over brake issues. In 2010, the carmaker recalled 433,000 Toyota Prius vehicles to fix a brake software glitch. Like this week’s recall, the 2010 recall also affected a small number of Lexus HS 250h sedans.