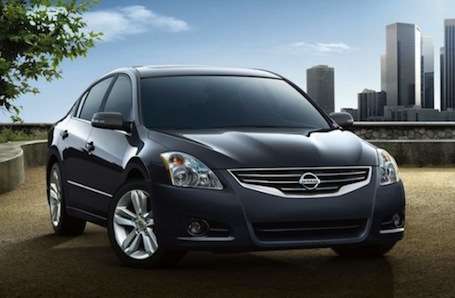 Nissan has announced the recall of 976 2012 Nissan Altima and Versa sedans due to a side curtain airbag defect according to the National Highway Traffic Safety Administration. Nissan has attributed the recall to a “supplier error,” by Swedish company Autoliv.

"These vehicles may be equipped with side curtain airbags that contain an incorrect propellant mixture for the initiator component used, resulting in insufficient output of compressed gas," said NHTSA in its recall summary. The NHTSA goes on to say that the risk of injury is increased due the side curtain airbag defect. In particular, side curtain airbags safeguard front and rear occupants in the event of a side-impact or rollover crash.

Nissan joins Toyota, Honda and Subaru as fourth automaker to recall faulty airbag modules manufactured by Autoliv. According to a letter sent to the NHTSA, Autoliv said it “did not disagree” with the Honda and Toyota recalls, but called the merits behind the Subaru and Nissan recalls into question. In total, the four car companies have recalled 2,700 vehicles. Although Autoliv is a Swedish company, the defective parts originated in an American branch.

The various recalls have led to a federal investigation of Autoliv, which was launched on Feb. 21. As part of the investigation, the NHTSA asked Autoliv for a list of all customers. The list demonstrated that Autoliv has supplied parts to Chrysler Group LLC, Ford Motor Co., General Motors Co., Kia Motors Corp, Daimler AG and Suzuki Motor Corp, among others. Autoliv also divulged that it has shipped out roughly 10,500 defective airbag parts to automakers.

Specifically, the recall details amongst the four companies are as follows:

Nissan will begin notifying owners on February 27 and will replace one or both side curtain airbag modules on any affected vehicle, free of charge. If Nissan owners do not want to wait for the recall to be issued, he or she can call Nissan Customer Service at 615-725-1000. Customers can also contact the NHTSA at 1-888-327-4236 or visit them online at www.safercar.gov.

Aside from airbag recalls, Nissan also recalled over 36,608 2012 Versa sedans due to a gearshift defect earlier this month. Specifically, the shifter recall only affected vehicles with the Xtronic CVT automatic transmission.