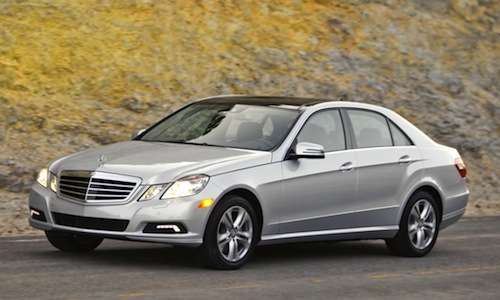 Mercedes-Benz USA has just released its March sales figures, which were the highest monthly sales ever recorded by the luxury automaker. Mercedes-Benz sold 23,134 vehicles last month, a 7.7 percent increase over March 2011. Last month’s totals raised the company’s first quarter sales to 61,513, an all-time record for Mercedes. Adding Mercedes-Benz owned Smart and Sprinter vehicles improves the figures to 25,508 for March, which is a year-over-year improvement of 13.1 percent.

"With the combination of strong sales performance in our volume model lines and a whole new generation of Mercedes-Benz products in the pipeline, we are ideally positioned to take advantage of the strengthening market and take the brand to new places," said Steve Cannon, president and CEO of MBUSA.

March sales were spearheaded by the C-, E-, and M-Class, all of which exhibited strong year-to-year gains. The C-Class line led all models with 6,342 in sales, followed by the E-Class, which recorded 5,570 in sales. Rounding out the top three was MBUSA’s M-Class SUV with 4,070 in sales. Although it sold less than the C- and E-Class the M-Class’ March sales were a 45.8 percent improvement compared to March 2011. Other notable models were the all-new CLS four-door coupe and the SLK Roadster, which experienced 242.9 percent and 179.3 percent year-over-year gains respectively.

Mercedes-Benz also had a profitable month overseas as well. The luxury brand recorded record sales in China, Russia and India. Most impressive were Russian sales, which climbed 32.7 percent compared to 2011.

Despite record gains for Mercedes-Benz USA, some models did not experience year-over-year gains. The brand’s worst performer was the SL-Class, which sold just 74 vehicles, a 58.7 percent dip compared to March 2011. The CL- and G-Class also sold poorly, selling just 64 and 88 units respectively.