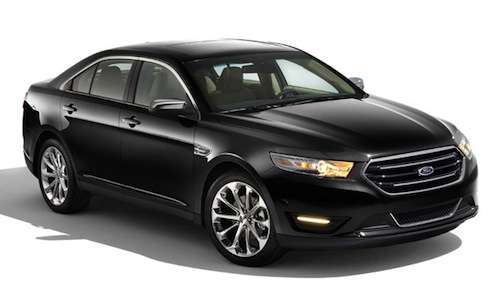 Ford has announced it is recalling certain 2013 Ford Taurus, Explorer and Lincoln MKS vehicles over a door latch problem.
Advertisement

Affected by today’s recall are about 13,100 model year 2013 Ford Explorer, Taurus and Lincoln MKS models built at Ford’s Chicago Assembly Plant. The vehicles in may be equipped with door latches that may fail and cause child safety locks to disengage. The recall affects cars and SUVs sold in the U.S., Canada and Mexico – built between Nov. 29 and Dec. 12, 2012. There have been no accidents or injuries, according to Ford.

Ford has not released a recall schedule date, but did state that it will fix faulty door latches at no cost to the owner. In the meantime, owners may contact Ford at 866-436-7332 or visit the Ford Recall Notices website. Concerned drivers may also contact the National Highway Traffic Safety Administration’s Vehicle Safety Hotline at 1-888-327-4236 or go to www.safercar.gov. Ford should release an exact recall schedule date in the upcoming days.

Ford recalled the same three models earlier this month due to a fuel leakage problem, which may lead to fires. The massive recall impacted 465,000 vehicles, including 390,000 in the U.S. Aside from the aforementioned models, the recall also included Ford Fusion, Flex, and Lincoln MKT and MKZ vehicles. The automaker received 600 complaints related to the problem, but no instances of fires. Click here to read Torque News’ coverage of Ford’s fire recall.

The Dearborn-based carmaker also recalled Taurus, Explorer and MKS vehicles in March due to improperly melded fuel tank-seams, which could leak fuel in the event of an accident. The recall impacted 2,537 Taurus sedans, 968 MKS sedans and 30 Explorer SUVs. About 3,000 of the vehicles were sold in the U.S., while the remainder were sold in Canada, Mexico, and Europe. No crashes or injuries resulted from the issue, but Ford did receive six reports of fuel odor and/or leakage. Click here for more information about Ford’s fuel tank recall.