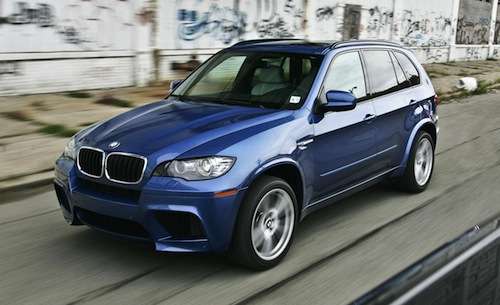 BMW recalls over 30,000 SUVs due to hazardous brake defect

BMW has decided to recall 30,265 model-year 2007 to 2010 BMW X5 SUVs due to a sizable number of warranty claims pertaining to loss of power assist braking,
Advertisement

BMW is recalling 30,265 model-year 2007 to 2010 BMW X5 SUVs to fix a dangerous brake problem. Affected vehicles contain a faulty brake vacuum pump, which may leak lubricating oil into the hose. The leak can cause contamination, resulting in loss of power assist braking.

The loss of power assist braking could increase stopping distance and lead to a vehicle crash, according to the National Highway Traffic Safety Administration. The vehicles in question were manufactured from September 12, 2006, through March 18, 2010. Friday’s recall only concerns BMW X5 SUVs equipped with 8-cylinder engines.

BMW will begin notifying customers of the X5 brake recall later this month. Authorized dealers will replace the brake vacuum line, free of charge. In the meantime, owners may call BMW at 1-800-525-7417 or email BMW at [email protected] Concerned owners may also contact the NHTSA’s Vehicle Safety Hotline at 1-888-327-4236 or visit www.safercar.gov. The NHTSA Campaign Number is 13V-045.

The BMW X5 was previously recalled in December 2012 over a steering defect. The recall, which involved 2009 through 2012 models, was issued because certain vehicles contained an incorrectly manufactured bolt, which may fail and cause loss of power steering assist. The winter recall covered 29,800 X5 vehicles in the United States and about 5,000 in Canada.

Additionally, BMW recalled a small number of X5 vehicles in June 2012 due to a separate power steering leakage problem. Specifically, the flammable power steering fuel may ignite an engine fire if in the presence of hot exhaust.

Launched in 1999, the BMW X5 is a midsize luxury SUV with 4WD all-wheel drive. The vehicle was conceived at a time when BMW owned Land Rover and even shared the same components as the Land Rover Range Rover HSE. Now in its second generation, BMW sold 44,445 X5 vehicles in 2012, a 9.6 percent increase over 2011.

Despite its popularity, the BMW X5 has been a magnet for safety recalls since it was introduced. In fact, the SUV has been recalled over 30 times for numerous issues including suspension problems, hydraulic brake problems, fuel pump defects, power steering faults and transmission troubles.