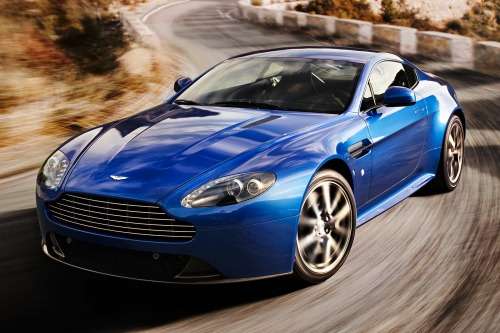 Affected by the recall are 2,832 model year 2012-2014 Aston Martin DB9, Virage, V8 Vantage, V12 Vantage and Rapide vehicles manufactured between May 14, 2012 and April 10, 2013. The vehicles in question may contain a faulty throttle pedal arm that may break, according to the National Highway Traffic Safety Administration. As a result, the engine will idle—leaving the driver unable to increase or maintain engine speed. Not surprisingly, the defect greatly increases the risk of a crash.

All Aston Martin models except the New Vanquish, Cygnet and Graz manufactured Rapide cars are included in the recall. The recall impacts 689 vehicles in the United States and 2,143 around the rest of the world.

Aston Martin has not provided a recall notification schedule, but did state that it will replace throttle pedal assemblies at no cost to the owner. In the meantime, owners may contact Aston Martin at 1-888-923-9988. Aston Martin’s recall number RA-03-0016. Owners may also call the National Highway Traffic Safety Administration’s Vehicle Safety Hotline at 1-888-327-4236 or go to www.safercar.gov for more information. The NHTSA campaign number is 13V228000.

The British luxury carmaker first became aware of the problem in March 2013 when a vehicle’s throttle pedal arm broke at a press event. Aston Martin proceeded to examine the part and later determined that the issue was caused by an error in the manufacturing process.

The news marks Aston Martin’s first recall since it recalled 169 model year 2010-2012 V12 Vantage coupe models last year. According to the NHTSA, affected models failed to comply with the requirements of Federal Motor Vehicle Safety Standard No. 138, "Tire Pressure Monitoring Systems." Specifically, the low tire pressure warning light may not illuminate until the tire pressure is more than 25 percent below the recommended cold tire pressure. The defect could lead to tire failure and a possible crash.

Stay tuned for more information regarding today’s recall—including the release of a notification schedule.