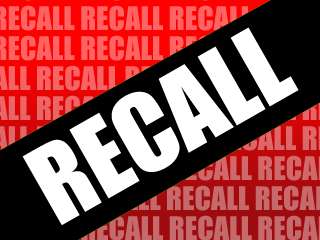 Volkswagen is recalling 159,884 VW and Audi cars with diesel TDI engines in model years 2008 through 2011 for a possible fuel leak problem. The recall is voluntary and was not ordered by the National Highway Traffic Safety Administration (NHTSA), but affects nearly every car sold in North America with the ultra-efficient TDI engines. BMW is also recalling nearly 300,000 vehicles.
Advertisement

The recall began last year, after a stop-sale of 2009-2012 Jetta, Jetta Sportwagen, and Golf vehicles equipped with TDI engines had those in the industry wondering whether a safety recall would be coming. VW has now issued a voluntary recall of all Jetta, Golf, and Audi A3 TDI-equipped vehicles built from May 2008 through September 2011. VW estimates this to be about 159,884 vehicles, though if the 2012 Passat is included, that could add another 10,000 to the total. The recall, now world-wide, extends to the same models as well as BMW models for an unrelated electrical problem as well as a handful of models utilizing VW's TDI, totaling a potential half million vehicles around the globe.

The company issued the initial stop-sale after the NHTSA opened an inquiry into fuel leak problems from certain TDI models. VW, rather than waiting for the NHTSA's findings, conducted its own investigation and found that a fuel line from injector line number two on the TDI engine can fail because of the manufacturing process used to make the line itself. So the company asked the NHTSA for a voluntary recall on the engines and is working with them to conduct that recall.

In a press release to announce the recall, VW says:

"On vehicles manufactured during these time periods and equipped with the 2.0L TDI® Clean Diesel engine, certain vibrations can potentially result in a fuel line cracking, possibly causing a fuel leak. Volkswagen is not aware of any accidents or injuries caused by this issue."

These cracks have also been found to be possible in the Tiguan as well as the Skoda and Seat brands. It's expected to affect 299,000 VW vehicles in Europe, Asia and Australia, over and above the vehicles already affected in the U.S.

BMW has added to the recall news with a call for 235,000 of its Mini brand vehicles to have electrical wiring replaced on the pump that feeds coolant to the turbo charger. Failure of the wiring is causing the turbo to overheat and fail, which is not fatal to the engine or a safety concern, but which seriously undermines its performance and emissions controls.

The NHTSA says that the BMW problem could result in a small engine fire, but has so far not done so in any known incidents on the road. This issue is similar to one that happened last year on BMW's Rolls-Royce brand.

Between the two companies, more than 500,000 vehicles will be recalled world wide, making this one of the largest vehicle recalls ever staged. Despite the immensity of it, however, it's not expected to have the same negative impact on vehicle sales and brand perception for the companies as the brake pedal recall did for Toyota. Because the recalls are voluntary and no accidents have been attributed (or claimed) based on the faulty parts, it's not being seen as negatively in the press.