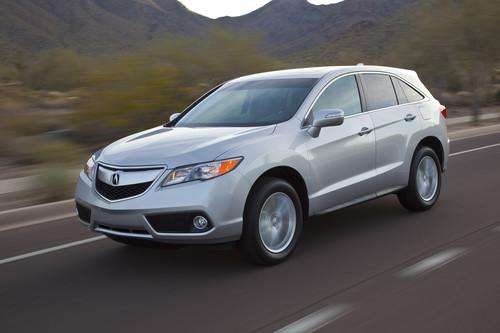 Acura has released pricing details for the updated 2014 RDX premium crossover with MSRPs starting at $34,520 and with four option levels.
Advertisement

The 2014 Acura RDX crossover SUV is a slight update from the all-new 2013 model year of one of the premium brand's best-selling vehicles. The new RDX is powered by a 3.5-liter V6 engine coupled to a 6-speed automatic transmission. The base model includes front-wheel drive (FWD) and a well-appointed base package of technology and comfort. Also included on all Acura RDX models are the Amplitude Reactive Dampers for better aerodynamic efficiency and the adaptive electronic power steering for better driver control. All-wheel drive (AWD) is available for an additional $1,400.

Fuel economy in the 2014 Acura RDX is 20/28 city/highway with 23 average for the FWD models and 19/27 city/highway with a 22 average for AWD models. The 2014 RDX is built at Honda's East Liberty, Ohio plant which won the 2011 JD Power and Associates' 2011 Initial Quality Study award, ranking it in the top 5 automotive assembly lines in North America.