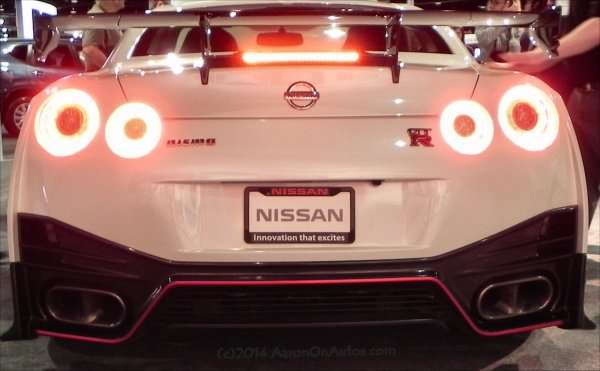 Nissan CEO Carlos Ghosn has set an aggressive path for Nissan both globally and in the United States and the May 2014 sales figures show that this push forward is still working very well.
Advertisement

Nissan has announced total U.S. sales for May 2014, showing that the company is building on a continued strategy of aggressive growth. Year-on-year growth is up 18.8 percent, setting a new May record. But that's only the smallest part of the whole picture.

Individual vehicles are seeing gains that are surprising to the industry but probably only elicit a smirk of "told you so" from Nissan's marketing department. The Altima, for example, saw a 12.9 percent sales increase despite the car not being new - it was redesigned two years ago for 2013. The Altima is showing the largest sales increase of any car in the midsize category so far this year. The Altima's chief rival is the Toyota Camry, which sees a major facelift for 2015 and also saw significant sales gains this month.

The smaller Nissan Sentra is also seeing huge gains, setting a new sales record for May and breaking its previous sales figures set way back in 1984 when it was the best-selling Nissan model. Overall, the Sentra saw a sales jump of 75.4 percent for the month - more than double the growth of the newly-redesigned Corolla, it's primary rival..

The Rogue, Versa, and Juke also all saw sales increases for May. The all-electric LEAF saw its best month ever, with over 3,100 units sold, better than forty-five percent higher than May 2013 sales were.

Over at Infiniti, Nissan's premium brand, sales are also on the rise. The finicky luxury market is often a roller coaster, but Infiniti has shown steady gains, this time spiking at 31.4 percent over last year thanks largely to big interest in the Q50 sedan (formerly the G37).

Yet age is beginning to show in Nissan's truck lineup. The new Pathfinder is not finding an audience, but the real news is in the Armada, Quest, and Titan. The little Frontier is still finding an audience, thanks largely to aggressive marketing. All of the trucks, save the Pathfinder, in Nissan's lineup are very long in the tooth. The Frontier, Xterra, Titan, Armada and the Quest minivan are all overdue for redesigns. With the Titan planning a next-generation unveil in Detroit come January, the others cannot be far behind. Given the company's new penchant for rolling out redesign after redesign at a fast pace, we can probably expect to see most of these aging platforms to have new offerings in the next year to 18 months. The same can be said of the Infiniti brand's truck-based vehicles as well.

All together, though, the Nissan brands are doing very well. CEO Carlos Ghosn has set up and implemented an aggressive strategy of diversifying and regionalizing manufacture, pursuing lower costs through supply line sharing with Renault, and promoting more aggressive marketing. It seems to be working.