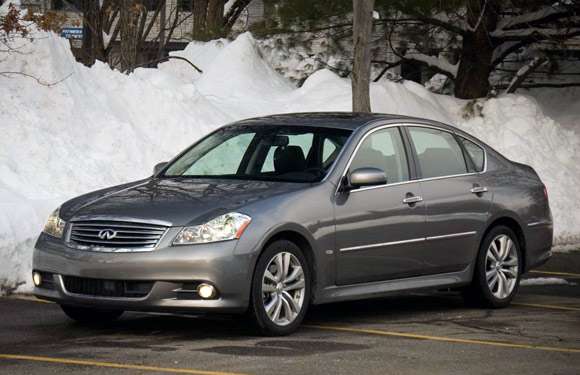 Nissan has issued a voluntary recall on Infiniti M35 and M45 models in Japan and the U.S., citing a sensor failure that can lead to engine shutdown. Find out who it effects and what the problem is.
Advertisement

Nissan has issued a voluntary recall on the Infiniti M35 and M45 in the United States and Japan for model years 2006 through 2010. This covers about 98,300 vehicles and is for an electrical fault in a sensor that can cause an engine shut down.

The problem, which first appeared in 2011, was deemed to not be an unreasonable risk to safety and is rare, so Nissan did not issue a recall at that time. With more incidents in Japan and an investigation by the Japanese Ministry of Land Infrastructure and Transportation, however, Nissan-Infiniti decided to issue a voluntary recall on the affected vehicles.

The automaker's statement to the U.S. National Highway Traffic Safety Administration, NHTSA, says that "upon further consideration of this issue and out of an abundance of caution, Nissan determined that a defect exists and that a recall campaign should be conducted in both the U.S. and Japan.."

The problem comes when a sensor in the accelerator pedal assembly sends an incorrect signal to the engine control module (ECM), causing it to go into fail-safe mode. When the throttle valve has restricted airflow, this can cause the engine to choke and shut down in some rare instances when the engine is at idle or low RPM. The engine will restart, however, on a new key turn, prompting the automaker to decide not to issue a recall originally.

Since the driver could safely pull over or would have stopped at these low RPM levels, the issue has been known to be the cause of any accidents to date.

Owners of affected Infiniti vehicles will be notified in November and dealers will replace the accelerator pedal assembly and reprogram the ECM.