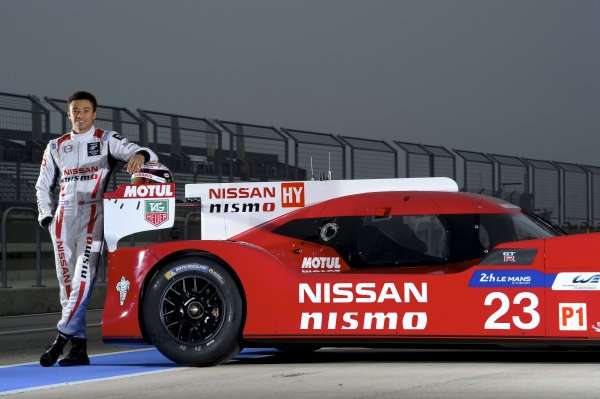 The Nissan NISMO, Playstation and television GT Academy partnership continues to produce gamers to racers that prove they can make the grade in the pros.
Advertisement

At the Chicago Auto Show, the final driver for the LM P1 race car set to put Nissan back into the Le Mans circuit, was announced to be GP3 race winner Jann Mardenborough. His fellow GT Academy winner Lucas Ordonez was simultaneously announced in Japan as the GT-R LM NISMO racer alongside Michael Krumm.

Mardenborough is the latest in the line of PlayStation GT Academy winners to prove himself as a gamer-to-racer in real life. Like all GT Academy graduates, he began as a video game player who won tournaments virtually before hitting the track for real on the GT Academy TV series. After coming out on top there, he entered the NISMO Academy where he proved his worth as a driver, through hard work and fast learning, before winning the GP3 this year. He's now a team driver for NISMO for global competition.

Three years ago, the young man (aged 23) was a gap-year student not sure what to do with himself. He threw himself into gaming, trying to emulate his hero Lewis Hamilton of F1 fame. He entered the Nissan GT Academy and it all went headlong from there.

"I want to show that there is a different route to the top of motorsport – than just years and years of expensive go karting – by winning at Le Mans," said Mardenborough. "It's an honor for me to be chosen to compete in LM P1 for Nissan. I have raced at Le Mans twice in LM P2 so I have seen the current LM P1 cars at very close quarters out on the track. To think I will be racing one this year is very exciting. The Nissan GT-R LM NISMO looks set to be an historic race car and I get to drive it."

Meanwhile, the first-ever GT Academy winner, Lucas Ordonez, has gone on to become one of the stars of the NISMO stables, proving himself in vehicle after vehicle at one prix after the next. He's mastered many vehicle types and a lot of races, including his first-ever Le Mans where he took the podium as a rookie. As a reward for his year spent in Japan racing in the ultra-competitive circuits they have, he will race in the top class via the latest GT-R in the NISMO lineup, the GT-R LM NISMO. He will share the seat with the man most influential in the track readiness development of the new car, Michael Krumm.

Tesla Contemplates A New Strategy for China Retail even As Sales Boom
Jay Leno on Elon Musk & EVs: “I Think He Should Get ... Credit"
END_OF_DOCUMENT_TOKEN_TO_BE_REPLACED