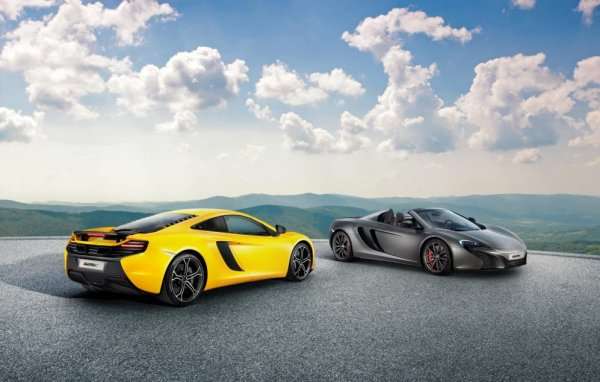 The Asian market is growing in importance among global markets and few are as ripe for exclusive carmakers. McLaren has created the regional offering for the 625C based on its globally-available 650S model.

The new McLaren 625C is more refined than any other car from the supercar maker to-date, the company says, and combines the optimized driving dynamics the automaker is famous for. Over the past two years, the Asian market has embraced McLaren, especially with its entry into China in 2013. Sales from that year are expected to grow another 20 percent by the time 2014 is over.

To celebrate that, and gain a larger market, the McLaren 625C will be launched to build on customer demand in the Asian region. Looking very similar to the 650S upon which it's based, the 625C is built to be more comfortable and day-to-day. Most of this is achieved through greater interior refinement and by revising the chassis and suspension hardware to make for a more comfortable ride, de-emphasizing track-ready performance.

This does not mean that the McLaren 625C is a slouch, however. The model number comes from the 3.8-liter twin-turbo V8 which outputs 625PS (versus 650) and though the S in its near-twin is for "Sport", the C in this case is for "Club." The Club car is to be more accessible, less extreme, and more enjoyable everyday.

The McLaren 625C enters Hong Kong as both a Coupe and Spider. Other Asia Pacific markets will follow from there.