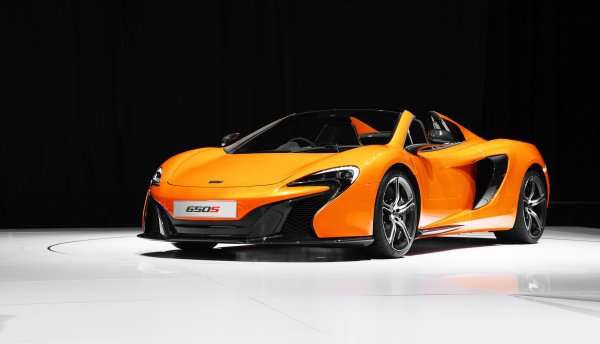 Got a few Gs? McLaren announces pricing for new 650S Coupe and Spider

McLaren has dropped pricing for the new supercar that will make its world debut at the New York Auto Show later this month. The car is on pre-sale in North America pending that debut.
Advertisement

Let's say you've got a few hundred sitting around are thinking "What I really need is a new supercar." Well, you're in luck, because the McLaren 650S is available as both a Coupe and a topless Spider. It's also a supercar. And it happens to cost just a few hundred thousand. Plus you can order it right now, then get your tickets for the New York International Auto Show later this month and go see it when it unveils to North America.

The McLaren 650S unveiled to the world at the Geneva Auto Show earlier this year and is now available for pre-order in the United States and Canada, pending its official debut here later this month. Hurry, though, there are only 13 dealerships in the U.S. and two in Canada that can sell you one of these beauties and they're sure to be a little busy now that the gates are open.

For that, you'll get a beautiful sports car that accelerates from 0 to 60 mph in just 2.9 seconds, hits 100 mph in only 5.7 seconds, and does a standing quarter mile in only 10.5 seconds. Top speed is 207 miles per hour. Even better news: that is faster than every Police Interceptor on the road. Google the airspeed velocity of the average sheriff's helicopter. You could probably beat those too. All of this assumes Chuck Norris isn't driving, of course. Then all bets are off.

I would tell you the braking specs on this impressive car. But who needs brakes?