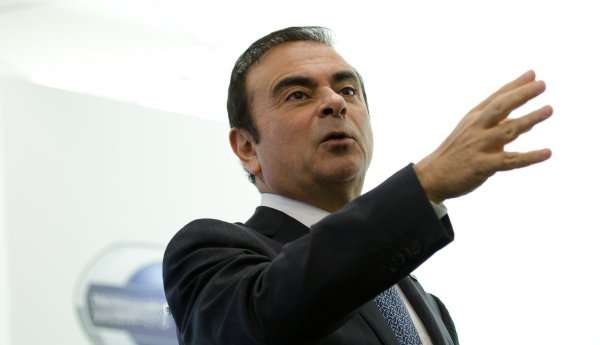 Speaking in Europe, Carlos Ghosn, CEO of Renault-Nissan, outlined his visions for autonomous drive technologies and electric vehicles. Here's what he had to say and why you should listen.
Advertisement

Nissan and Renault CEO Carlos Ghosn was the keynote speaker at the Mobile World Congress 2015 on Monday. Speaking at one of the world's largest technology conferences, Ghosn said that autonomous vehicles are a "megatrend" that will transform cars and make them safer and more convenient. He talked about how Autonomous Drive, Nissan's own technology, will enter cars in "waves" and this is likely the trend others will also follow in releasing their own self-driving vehicle technologies.

Nissan plans to begin releasing Autonomous Drive technologies in 2016 and then add more to it with new offerings year after year. The goal is to have a completely self-driving car on the market within a decade, but Ghosn said that much of this will depend on regulatory changes and how insurance companies and other players outside of manufacture react to self-driving cars.

The first wave is already underway, he said, with stop-and-go traffic capabilities as part of an adaptive cruise control. He anticipates that within two years, these cars will be able to not only manage stop-and-go in their own lane, but be able to change lanes by themselves as well. The first few adaptations of self-driving will mainly focus on highway driving and commuters, of course, because these are the simplest to adopt and require no regulatory changes in most markets, so long as the driver is still in control.

Further down the line, of course, will come self-parking that moves into valet-style parking where the driver leaves the car at the door. City driving and other things will come next as Autonomous Drive becomes fully capable of piloting the car without driver input. Nissan sees that coming in a decade or so.

For Nissan, Autonomous Drive is closely linked to the Nissan LEAF electric car, which has served as a test bed for the tech since the beginning. Ghosn spoke briefly about EV technology and Nissan's role in it, being at the forefront with the world's best-selling electric car. He made particular mention of Apple's possible entry into the EV space and was generally positive about the prospect. Ghosn says that Apple talking EVs means that electric car technology is "going mainstream." When other automakers and technology companies talk about electric vehicles and enter the market, “We’re very happy because they are making the electric car much more credible, and they are pushing customers to consider electric cars much more seriously,” said Ghosn.

The main obstacles to wider acceptance of EVs are the expansion of the charging infrastructure, developing longer-range and less costly batteries, and bringing the overall price of EVs down, said Ghosn. He made another important point: “You are not going to be able to meet emissions regulations in most countries without zero-emissions technologies,” said Ghosn. “It’s impossible.”

Matt.M. wrote on April 3, 2015 - 4:57pm Permalink
"Ghosn said that autonomous vehicles are a "megatrend" that will transform cars and make them safer and more convenient". It's the last great frontier.........take the human element out of driving a car. Can't fix stupid just like ya can't dictate morality.