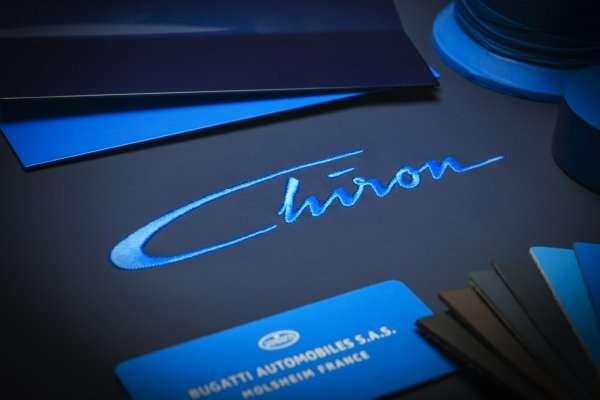 The latest Bugatti model will be the Chiron, named for a big part of the company's race history. Bugatti has already sold 100 of the cars before production.
Advertisement

Think back to the 1920s and 1930s when open-wheel, open-air racing was full of mavericks and daredevil drivers. One of the most celebrated and winning of those drivers was Bugatti racer Louis Chiron. In honor of his legacy, the latest car from the exclusive supercar maker will be the Bugatti Chiron. It will debut at the 2016 Geneva Motor Show.

Bugatti hinted at a new car earlier this year after the announcement of its Veyron having sold and delivered it's final copy. The new car is scant on details, but the rumor has been that it's wicked fast. As in two seconds to sixty fast.

Says Wolfgang Dürheimer, President of Bugatti Automobiles S.A.S.: “The Chiron will set new standards in every respect. We will continue to produce the world’s most powerful, fastest, most luxurious and most exclusive production super sports car. This is the claim of Bugatti and our customers.”

The Chiron is undergoing final testing before production with prototypes being put through their paces on several continents, Bugatti says. Pre-marketing of the upcoming car to select Bugatti enthusiasts has already begun, resulting in over 100 pre-orders to-date. Most of those occurred sight unseen, as the actual car has not yet been revealed to the public. A select few have seen it, however.

Lydie Barre-Chiron, descendant and biographer of Louis Chiron, recently visited the Bugatti’s headquarters in Molsheim to inspect the vehicle that will bear the name of her famous forebear. “The Chiron is a modern super sports car that is instantly recognisable as a Bugatti,” says Lydie Barre-Chiron. “It looks fantastic, just magnificent. The design already indicates that this car will be very powerful and very fast. If Louis Chiron were alive today, I’m sure he would be proud that such an extraordinary sports car is to bear his name and is to represent the brand with which he achieved his greatest successes.”

Tesla Contemplates A New Strategy for China Retail even As Sales Boom
Jay Leno on Elon Musk & EVs: “I Think He Should Get ... Credit"
END_OF_DOCUMENT_TOKEN_TO_BE_REPLACED