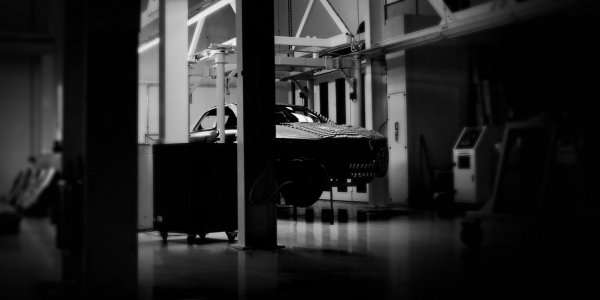 Aston Martin has announced that they are reviving the well-remembered Lagonda nameplate for a new, limited-series saloon. The world drools in anticipation.
Advertisement

Back in 1974, Aston Martin introduced the Lagonda luxury saloon to market. It was an exceedingly exclusive production car, which was made from that year through to 1990, during which time only 645 were built. Now, the company is reviving that long-dormant name with a new Lagonda, made with the beloved originals in mind.

The Lagonda name itself was a brand purchased by Aston Martin in the 1940s as a defunct marque from a luxury coach builder. The 1974 showing of the new Aston Martin V8, which they were calling the Lagonda once it entered showrooms, was not of much interest, being merely a rebadged V8, but it was revamped again in 1976 with a wedge-shaped beauty called the Lagonda V8 as a saloon car. Deliveries commenced in 1979 and featured an innovative LED dashboard with touch pad controls in a gas plasma display. All well ahead of their time. This innovations, sadly, did not make the U.S. market, which didn't see the car until 1982, after these expensive and relatively unreliable innovations were dropped.

By the fourth series, introduced in 1987 and being sold until production ended in 1990, the sharp edges of the wedge design had been rounded and tapered.

Fast forward a quarter century to today and you once again have Aston Martin introducing a Lagonda.

This one will be based on Aston's VH architecture and is inspired by that 1976 model. Aston Martin says that the new Lagonda will use a a lot of carbon fiber, as do most of their models today, and will be hand-built in Gaydon, Warwickshire.

The Aston Martin Lagonda will debut in the MIddle East where it will exclusively be sold to customers by invitation only. There the new saloon will join the One-77 and V12 Zagato. Details of the Lagonda's underpinnings have not yet been released.