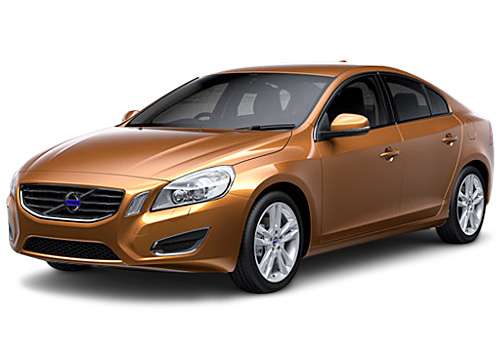 2013 Volvo S60 gets faster, plus a price tag and new features

Volvo has released the MSRP for the 2013 S60 along with more details on its faster 0-60 time and new features.
Advertisement

Volvo's S60 model will be in its third model year for 2013 and the company is giving it a birthday bash with a bunch of new standard features, some options packages, and a new sticker price to match. Best of all, the T5 package gets a boost in speed as well.

The 2013 Volvo S60 T5 is still powered by the same 2.5-liter turbocharged inline 5-cylinder engine with the 250 horsepower and 266 feet pounds of torque, but engineers turned up the compression ratio and boosted the turbo to increase low-end power. This gives the car a 0-60 miles per hour time of 6.4 seconds, nearly a half a second (0.4s) improvement over the 2012 model.

The base model S60 gets some formerly premium options as standard, including automatic windshield wipers, headlight washers, and dual exhaust pipes. Two new color options have also been added, including ember black metallic and electric silver metallic. The car's base MSRP is now $32,645, about $470 more than the 2012 base model.

The mid-level model, the T6, however, has the most changes of all the S60 trims. This all wheel drive (AWD) model gets the same standard wipers and headlight washers as the T5, but also a powered passenger's seat, keyless entry and ignition, and a power moonroof as standard base model additions. The T6 also suffers a larger price bump to compensate for these additions, though, at $2,020 higher than its 2012 base, now coming in at an MSRP of $41,345 base.

Volvo has dropped the former premium and multimedia packages and now offers only the platinum trim level, which adds a navigation system, active xenon headlights, front and rear parking sensors, premium sound, and a rear-view camera.

Finally, the top level R-Design S60 has all of the T6-level packaging, but adds larger brakes, helping the 325 horsepower V6 slow down a little easier. This trim option also adds the Sensus infotainment package (including the higher-end steering wheel controls that go with it), a more sporty gearshift knob, and a price tag of $44,795 - $970 higher than 2012.

Toyota's First EV Will Have a Name of BZ: Toyota BZ
First Videos From Inside The Boring Company's Las Vegas Loop
END_OF_DOCUMENT_TOKEN_TO_BE_REPLACED