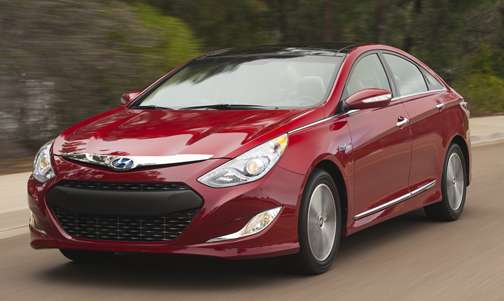 BorgWarner has created a new silent chain for the balance shaft drive on Hyundai's four-cylinder gas direct-injection (GDI) and turbo-GDI engines found in the Hyundai Sonata and Kia Sorento that is going to make using your in-vehicle technology a whole lot easier.
Advertisement

So, how does BorgWarner's new silent chain for the balance shaft drive help improve your driving experience? It all has to do with something most consumers spend little time thinking about: noise, vibration and harshness, or NVH as it is called in automotive shorthand.

Typically, that's not something that would matter to most car buyers, except those high-frequency waves interfere with voice commands to things like your navigation system, hands-free phone, and anything else that BlueTooth does a consumer inside the car. Car makers don't want problems with voice commands because those fancy electronic systems that consumers add on to their new cars and trucks are high profit centers. In other words, that's where the dollars are.

Hence, this new focus on NVH. Initially, manufacturers were selling it as a way to make smaller, less expensive cars more pleasant to drive. That's true but it's a direct result of the research into how to make the voice-activated systems inside a car like the Hyundai Veloster work.

How important are infotainment systems in new cars? Is "immensely" an overstatement? A Pandora executive told me last week that his company provides engineers at its cost to manufacturers to make sure the in-vehicle units that provide the Internet radio phenomenon work seamlessly.

It's kind of like how Tang was brought to the market in the early '70s. (Yes, I'm showing my age.) The orange-like drink was developed for the space program and eventually consumers were able to buy it.

Sure, noise, vehicle, harshness improvements are being done to benefit high-end users of in-vehicle infotainment systems, but all consumers are going to benefit from the improvements, even if they don't purchase the high-end entertainment systems that are huge profit-making centers for the auto manufacturers.

By the way, if you're not familiar with the function of balance shafts, BorgWarner has this explanation: Inline engines lack the inherent stability of the V-shape in V6 and V8 engines, so balance shaft drives are used to help reduce engine vibration. These drives typically run faster than the primary engine timing system, making durability an important characteristic for balance shaft drive chains.

Next time you get behind the wheel of your new vehicle and discover how much quieter it is than your old ride, thank companies that make high-end infotainment centers. You may never utter the words, "Call home" but you'll be glad that tens of thousands of other people do every day.