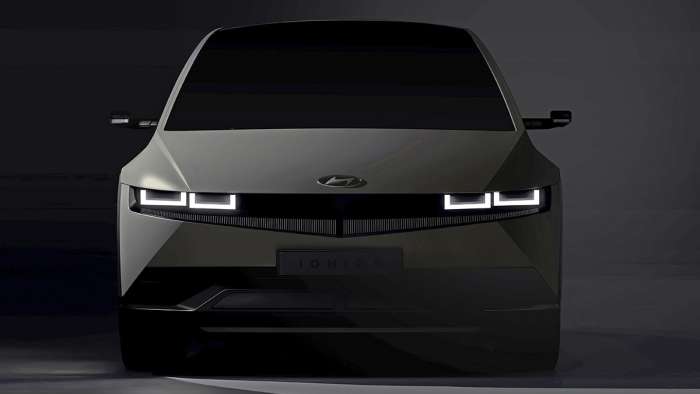 Hyundai Teases Ioniq 5 Ahead of Debut

Expect a more in-depth look at the Ioniq 5 in February but here is what we can see for now.
Advertisement

Hyundai Motor Company unveiled the first teaser image of the highly anticipated Ioniq 5 midsize CUV, the first model in its IONIQ dedicated BEV lineup brand. Is it wrong to be this in love with its wheels?

Ioniq 5 will be the first vehicle mated with Hyundai Motor Group’s Electric-Global Modular Platform (E-GMP), a system made exclusively for next-generation battery electric vehicles that will launch a new era of clean mobility for the company. Hyundai has big EV plans. 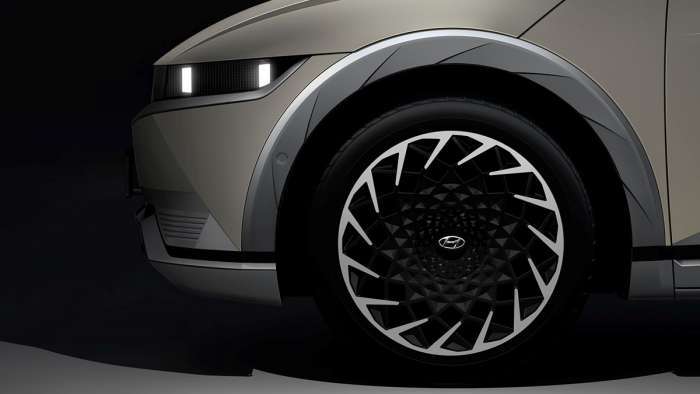 But lets talk about those wheels. Hyundai says the aero-optimized wheels echo the Parametric Pixel design theme, offered in a super-sized 20-inch diameter, the largest rims ever fitted to a Hyundai EV. Because the wheels are so stunning, let’s allow Hyundai some hyperbole, “These complete Ioniq 5’s perfected proportions, optimized for Hyundai’s new signature dedicated EV architecture.”

Ioniq 5’s front end is adorned with arrays of pixel-inspired lights suggestive of the digital technology within. Ioniq 5 is also the first Hyundai vehicle to feature a clamshell hood that spans the entire width of the car: an attempt at minimizing panel gaps and creating a clean and high-tech overall look. 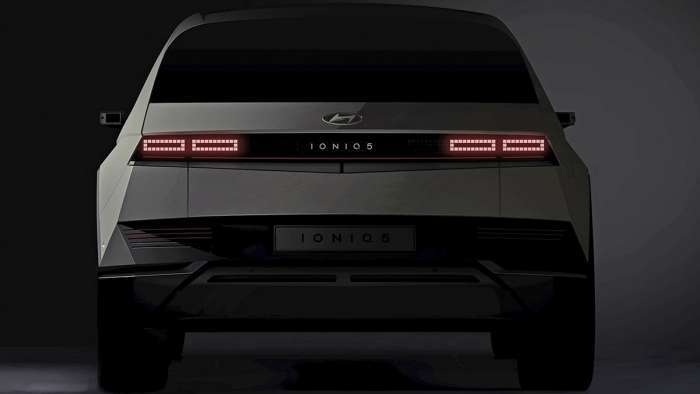 The Ioniq 5’s rear fascia deserves some respect as well. It’s crisp lines and digital lighting create a vehicle that leaves a strong impression. It should be a real head turner out on the open road.

“IONIQ 5 presents an all-new customer experience through innovative EV design that is evocative of the icon that established Hyundai’s design DNA,” said SangYup Lee, senior vice president and head of Hyundai Global Design Center. “Beginning with IONIQ 5, our dedicated BEV lineup brand will redefine the relationship between people and their cars, establishing a new standard against which all BEV design experiences will be measured.”

Hyundai Motor has also released four teaser videos to spark curiosity about the new model, each presenting viewers with a sneak peek at IONIQ 5’s core technologies, raising expectations for the company’s dedicated BEV lineup brand and its first entry. Frankly, they’re mostly annoying hype but we share the least irritating one below.

Three “Ultimate Camping” videos show a camper using various electrical appliances powered by IONIQ 5’s Vehicle to Load (V2L) technology that functions as a general power supply (110/220V). In each video, the camper is seen using IONIQ 5’s 3.5KW of V2L-supplied power to roast a turkey in a large oven, listen to music on high-end audio speakers, and exercise on a treadmill—all at a camping site. Or three things that could get you pummeled at most campsites if attempted in the rear world. I like glamping but this is ridiculous.

What do you think of the Ioniq 5? Its rear fascia and wheels are distinctive. Comment below.

DeanMcManis wrote on January 13, 2021 - 7:29pm Permalink
Buyers are going to have to really like the Ioniq's angular styling. But the Ioniq 5's specs look fairly competitive. And all EV competition is good. And Hyundai is definitely moving forward into the EV market, beyond having just one or two BEV models available (or none) like some other brands.