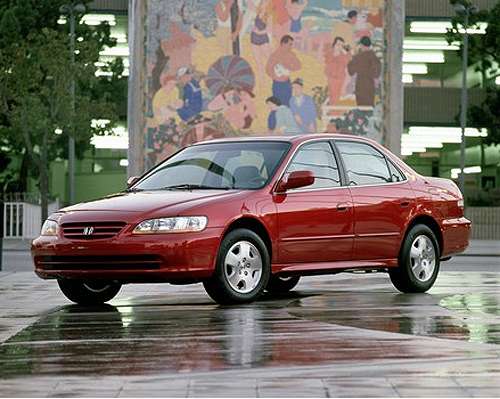 Honda Greatly Expands Recall for Airbags That Have Caused Deaths

Honda has greatly expanded a recall of Acura and Honda models in the United States for faulty airbag defects that have resulted in deaths. The recall could affect up to almost one million Honda owners.
Advertisement

According to a statement that Honda issued it has expanded a previously announced recall of certain 2001 through 2003 model-year Honda and Acura vehicles to replace the driver's airbag inflator originally installed in approximately 273,000 additional vehicles sold in the U.S. Affected driver's airbag inflators may deploy with too much pressure, which can cause the inflator casing to rupture and could result in injury or fatality.

Honda is aware of several incidents related to this recall and expansions, and is announcing this further recall expansion to encourage all owners of included vehicles to take their vehicle to an authorized dealer as soon as they receive mailed notification from Honda. Notification to the expanded group of customers will begin in late December 2011.

What other media have largely overlooked, though, is this recall is actually much bigger than 273,000 vehicles sold in the U.S. It potentially affects almost a million Hondas. Honda said in its statement that it has determined that approximately 640 affected driver's airbag service parts were sold for installation in vehicles for collision repair or other vehicle service. Because Honda is unable to determine the specific vehicles that may have received the affected service parts through existing information, Honda will inspect an additional approximately 603,000 vehicles and replace those parts as necessary.

That means Honda is on a proverbial "needle-in-a-haystack" search to find the defective parts that are in slightly more than 1 percent of the models. Honda may never know if it finds all of the defective parts because some of those 640 models may have been involved in further accidents and taken off the road.

The models were built soon after federal regulations required dual-stage airbags. These airbags were mandated in light of problems with first-generation airbags that exploded with too much force and could seriously injure or kill smaller occupants (in large part why you never put a child under 12 in the front seat).

Honda is saying it plans a massive outreach campaign. In addition to contacting customers by mail, in late December, owners of these vehicles will be able to determine if their vehicles require repair by going on-line or calling. Honda owners can go to www.recalls.honda.com or call (800) 999-1009 and select option 4; Acura owners can go to www.recalls.acura.com or call (800) 382-2238 and select option 4.