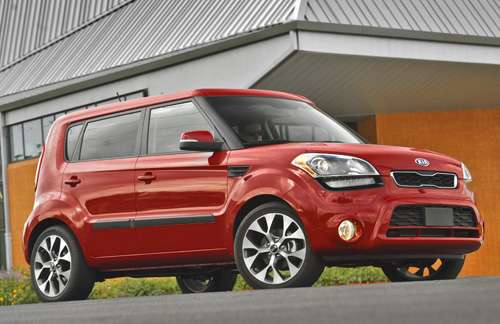 Folks who live within driving distance of Cape Coral, Fla., located just west of Fort Myers on the Gulf Coast, should head over to Fuccillo Kia of Cape Coral for a shot at winning a new house and Kia Soul.
Advertisement

That's right. Fuccillo Kia of Cape Coral is giving away a new home and 2012 Kia Soul. According to an article in the Lehigh Acres Citizen, all you need to do is stop by the dealership and fill out a form. Supposedly, no test drive or purchase is required.

So, what are you going to win if Billy Fuccillo, owner of Fuccillo Kia of Cape Coral, picks your name on April 2 at 7 p.m.? Well, besides a potentially huge tax bill, you will win the keys to a three-bedroom, two-bathroom house worth $160,000 to $170,000.

Of course, there is also going to be a "free" Kia Soul in the driveway. The word free is in quotation marks because you're going to have to pay taxes on that too.

Unfortunately, there are scant details about the contest. The dealership's website doesn't even mention the contest. We'd link to it except you're not going to find out anything there. OK, here's the link just in case you want to see the Kia hamsters in a commercial.

We can tell you this much from snooping around the Internet. Fuccillo does like to do things in a big way. Apparently everything is H-U-G-E with him. He's right to promote himself that way because the first year his Florida dealership opened it became the largest-selling Kia store in the U.S. Guess which one was second? A Fuccillo dealership in Schenectady, N.Y., held that honor.

According to CelebrityNetWorth.com, Fuccillo has more than 1,400 employees located in 22 dealerships and 31 franchises in the New York State and Florida area. He also has an estimated net worth of $40 million. At his Cape Coral store (you know, the one giving away the house), he is planning a million dollar expansion of his service department. At any one time, there are 1000 new Kias on the lot and an additional 300 to 350 used cars.