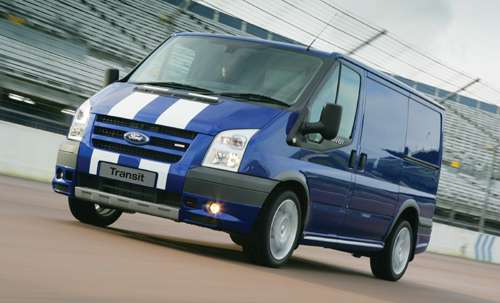 Europe's best selling full-size van, the Ford Transit, is going to be built in Kansas City, Mo., when the new product joins its North American lineup in 2013.
Advertisement

The Ford Transit that's going to be built at the Kansas City Plant should not be confused with the smaller Ford Transit Connect that has enjoyed rising popularity as a commercial vehicle since its introduction into the U.S. market two years ago. That small vehicle is built in Turkey and imported into the United States in a complicated arrangement designed to reduce import duties.

The introduction of the Transit van into the North American market does not mean the E-series Ford vans are going the way of the Ford Crown Victoria and the Lincoln Town Car. The E-Series is built at the company’s Ohio Assembly Plant in Avon Lake, Ohio. Certain E-Series body styles will continue to be available through most of the decade, even after the Kansas City-built Transit goes on sale.

Ford will migrate its commercial vans around the world to a common, global platform in 2013, when Kansas City Assembly workers begin producing the full-size Transit for North American customers. The company will invest $1.1 billion in the Kansas City facility – $700 million more than was previously committed – following the recent ratification of the competitive new UAW-Ford Collective Bargaining Agreement and tax incentives provided by the state of Missouri and city of Liberty, Mo.

Kansas City Assembly Plant is Ford’s fourth North American facility to be re-tooled to produce new vehicles that are part of the company’s balanced product portfolio of cars, utilities, trucks and commercial vehicles. The company’s commitment to install a new product line requiring this level of investment was enabled, in part, by the recent ratification of the new UAW-Ford Collective Bargaining Agreement. “The men and women of Kansas City Assembly Plant have a proven track record of building a high-quality product that customers love,” said Jimmy Settles, UAW vice president and director of the National Ford Department. “They are a strong and dedicated workforce, and I know they are up to the challenge of building this exciting all-new product for North American customers.”

“Our plans for transforming Kansas City Assembly and constructing a new integrated stamping plant to support Transit production demonstrate just how committed Ford is to our employees, the city of Liberty and the broader Claycomo community,” said Mark Fields, Ford’s president of The Americas. “More importantly, this shows that Ford is truly committed to investing in the U.S. and doing our part to support U.S. manufacturing, which is critical to our country’s ability to compete.”

The Kansas City investment covers facility upgrades and re-tooling for production of both Transit and next-generation F-150. Part of the incremental investment will be allocated for building a new integrated stamping facility to support full-size Transit body panels and other stamped parts. Facility upgrades begin after the current Escape ends production in April. In May, Ford will add one shift of F-150 production at the Kansas City facility, increasing its shifts of its best-selling full-size truck from one to two.

The current SUV line at the Kansas City facility, which will be idled for re-tooling after the current Escape model is phased out in April, will re-open in 2013. During re-tooling, the plant will continue to build F-150 trucks. The company also plans to increase F-150 production at the facility, which will build the trucks on two shifts instead of one beginning in May. This will bring approximately 800 additional employees to the Kansas City Assembly truck line, for a total of approximately 1,700 workers. When this increase takes effect, Ford will build the nation’s best-selling vehicle on five shifts – two in Kansas City and three in Dearborn – allowing the company to better meet increasing customer demand.

Toyota vs Tesla: Which Stock To Buy These Days
For Some Former Daimler Managers Daimler Is Authority, While Tesla Is Like a Startup
END_OF_DOCUMENT_TOKEN_TO_BE_REPLACED