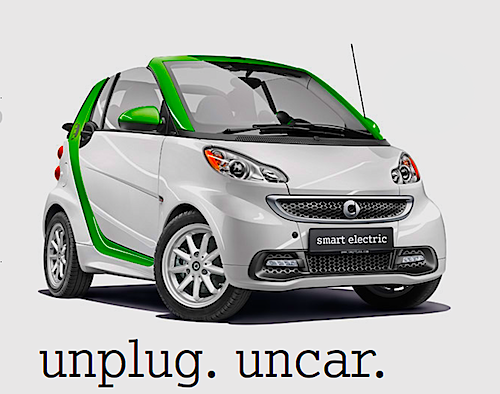 The war on electric car price is where it’s happening at the moment. Find out how the Smart ForTwo electric car is reclaiming the entry-level price from Mitsubishi.
Advertisement

If range is all the rage, then price is really the first concern when it gets down to actually buying an electric car. Forget “range anxiety”. You’ll have as much driving your gasoline car through the southwest desert highways then an electric car in a city. But environmental issues apart and how far can you drive, the real hold up is in the price of new electric cars.

Mitsubishi’s Down One Spot. If you’ve read any of our previous Mitsubishi i MiEV articles, such as: Mitsubishi i MiEV Shipped 100,000 To Peugeot And Citroen, then you’ll know the i MiEV was the best entry-level car that could be had in some parts of California as low as around $17,000. It was also my favorite due to its entry-price and fun factor. So is it any wonder the other smaller electric car should challenge Mitsubishi entry-price?

The Smart ForTwo Price. Before we dive into its price, the Smart ForTwo is basically a smaller i MiEV with a different electric drivetrain. While both cars share the same gene pool, they are very different to drive with different interior space management. When I test-drove the first-generation Smart ForTwo EV a few years ago, I found it to be a reasonable electric car, perfectly suited for urban city driving. I even took it out on highways and found it to be, if not at ease, at least very capable to get in, change lanes and exit efficiently. The price was the sticking point. It was too expensive. But this was years ago and as we all know, the price of Lithium has continuously come down over the past decades and according to the McKinsey & Company report, it should continue to drop by as much as two-thirds by 2020, as we mentioned here: Lithium Battery Cost Keeps On Coming Down

Daimler has managed to drop the new Smart ForTwo electric car price to $25,000. It is now officially the cheapest EV offered in the U.S.. In fact, after adding the Federal incentive of $7,500 (which, depending on which administration wins this presidential could end soon), the electric car, EV drops down to $17,500. Add on top of that any state rebates, $2,500 in California and you have a $15,000. If you happen to live in, say Barstow or any other areas where the AQMD has asked for other incentives, you can knock down a few more dollars and the electric car now is closer to $13,000.

My, how have times changed. From Tesla’s amazing Roadster that frightened us with its original price of $109,000, only to jump to 125,000 and now its impressive Model S at $59,000, this Smart ForTwo electric car can be had for as little as the cheapest gasoline car currently available on the market.