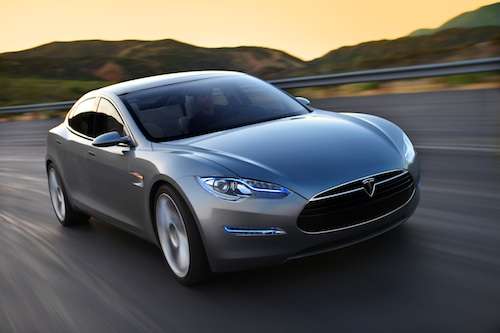 An investigation by the Immigration & Customs Enforcement agency found no wrong-doing at Tesla Motors.
Advertisement

On Monday, the Washington Times reported that Tesla Motors was under investigation over use of foreign parts (not made in the U.S.) to manufacture the Tesla Model S. The probe stems from Tesla's application for a "Foreign Trade Zone," and concerns over whether this violated "Buy American" clauses in Tesla's federal loans. A quick read of the article might lead one to believe Tesla is committing crimes, when in fact the investigation found nothing was amiss, and that the investigation was closed over a year ago.

In 2011, Tesla applied for a "subzone” within the city of San Jose’s foreign trade zone. Free Trade Zone's were created in the 1930's, and are areas near customs ports where products can be imported without the usual customs entry procedures and import duties.

The Department of Homeland Security's Immigration & Customs Enforcement arm (ICE) began "looking into whether Tesla Motors is using foreign made parts in manufacturing their vehicles rather than U.S. parts, which may be required by the Dept. of Energy loan." If this were the case it would mean Loan Fraud was being committed by Tesla Motors.

In 2009 Tesla Motors, and several other companies, received federal loans that were part of an overall plan by the Bush and Obama administrations to jump start advanced technology vehicle manufacturing in the U.S. Tesla's loans were earmarked to assist the company with buying the former NUMMI plant from Toyota, and other costs associated with getting the Tesla Model S into production, as well as manufacturing battery packs destined for electric cars from other manufacturers including Daimler and Toyota. The ATVM loan program was begun by the Bush administration after Bush famously declared during a State of the Union speech that "America is addicted to oil". The ATVM program was part of the Bush administration strategy to (eventually) wean the U.S. off its fossil fuel addiction.

The DHS ICE investigation determined the loan to Tesla was procured through the ATVM program (public law 110-329) and not through the 2009 Recovery Act. The Recovery Act has "Buy American" stipulations while the ATVM program loans do not. This meant that Tesla was under no "Buy American" obligation, and therefore the question of whether or not Tesla was using foreign-made parts in the Model S is irrelevant.

As a result of Daimler's purchase of a stake in Tesla Motors, Tesla has access to Daimler's parts catalog. It's believed that some Daimler passenger compartment parts are being used in the Model S.

The investigation closed on December 22, 2011 (almost a year ago), and in September 2012 the Free Trade Zone status was approved.

JackB125 wrote on December 5, 2012 - 8:34pm Permalink
The press handled this non-story VERY poorly. Yesterday this faux investigation got more media play than the news that Tesla went cash flow positive!!! The blatant media manipulation yesterday was appalling. Transparent bias and manipulation like this makes me think that some well-connected Tesla "shorters" are getting nervous.