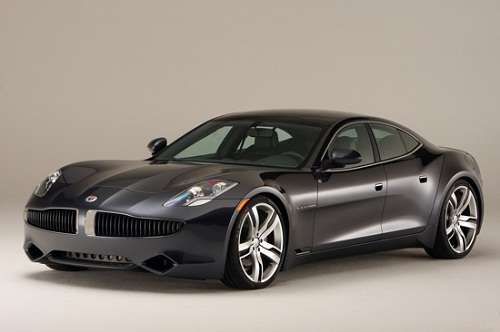 This weeks news that a Fisker Karma, purchased by Consumer Reports for testing, broke down, piling yet another piece of bad-looking news on the back of Fisker Automotive.
Advertisement

Fisker Automotive is learning it's painful when your Karma breaks down. That's the lesson this week after Consumer Reports went public with news that a Fisker Karma, bought by CR for an upcoming test report, broke down early in the testing process. CR posted the news on their blog, and on YouTube, on wednesday, which in turn inspired a slew of negative press coverage about Fisker.

CR's blog post says the company buys about 80 cars a year for writing reviews, and that "this is the first time in memory that we have had a car that is undriveable before it has finished our check-in process." So, what happened? CR explains that the check-in process includes driving a car, on CR's private test track, at 65 miles/hr, to calibrate the speedometer. This would be required so CR's engineers are able to accurately interpret test results. In any case, during the calibration test of CR's newly purchased Fisker Karma, the car made a "bing" noise, and flashed an error message on the dashboard. Technicians got the car off the track and were diagnosing its behavior when "the transmission went into Neutral and wouldn’t engage any gear through its electronic shifter except Park and Neutral" and within an hour the car had disabled itself with the transmission in Park. CR's Karma is now at the dealer being repaired.

The Fisker Karma is a plug-in hybrid luxury sedan. It is sleek, low slung, styled with curves layered upon curves, a luxurious interior made of a variety of recycled materials, and the whole package is the sort of automotive beauty designed to make certain types of men drool. If there's one thing Henrik Fisker knows, it's how to design an appealing automobile. The company has received low interest loans through the Department of Energy (in the Advanced Technology Vehicles Manufacturing Loan Program begun under the Bush Administration), in part to support getting the Karma to market, and primarily to support Fisker's development of the Nina and refurbishing of the former-GM factory in Delaware meant to produce the Nina.

This news is the latest in a series of bad news for Fisker. The Karma has seen delay after delay before deliveries commenced late last summer. Just before Christmas, Fisker found a flaw in battery packs supplied by A123 Systems, a flaw which could have led to a fire. That led to a recall of the Karma's which were in dealer or customer hands. In January a software glitch arose which could trigger warning lights and freeze the navigation system. In early February Fisker had a small layoff after the Department of Energy froze the loan, because Fisker had missed milestones required by the loan program such as meeting sales Karma projections. Fisker's management says rumors of the company's impending bankruptcy are over-hyped, while at the same time company founder, Henrik Fisker, has been replaced as CEO by former Chrysler CEO Tom LaSorda. The news surrounding Fisker is also affecting perceptions of A123 Systems. As the battery supplier for Fisker, as well as an investor in that company, A123's finances are threatened by Fisker's problems.

It's incorrect to, as some reports have done, to say that CR's Karma was "bricked" during testing. This demonstrates a profound lack of understanding of terminology such as "bricked". The Consumer Reports blog post describes the dashboard as generally functional, but that the car stuck itself in Park. A "bricked" gizmo is one that has zero function other than being a paperweight. CR doesn't describe a paperweight, but a car that was simply confused.

The over-the-top response to this incident veers immediately from a broken-down car being towed to the dealer for repairs, to claiming this demonstrates an utter failure of the Obama Administration green technology strategy. It sure looks bad for the car to break down with only 180 miles on the speedometer. But how often do we hear of friends whose newly purchased car is in the shop for repairs? This is not unknown, though we hope this is as rare an occurrence as CR's blogger suggests it is. One thing we can tell is that, apparently, Fisker's quality assurance team didn't do their job very well. How, pray tell, does the breakdown of a car mean that the whole green technology strategy is an ObamaFail?

Fisker Automotive issued a statement saying that "As part of the Fisker VIP Customer Service program" the local Fisker dealer picked up the car, and technicians are diagnosing the problem. Further, "With nearly 500 units retailed to date there are many satisfied customers around the world driving Fisker Karmas every day, without incident, while positive media coverage of the Karma continues to pour in."