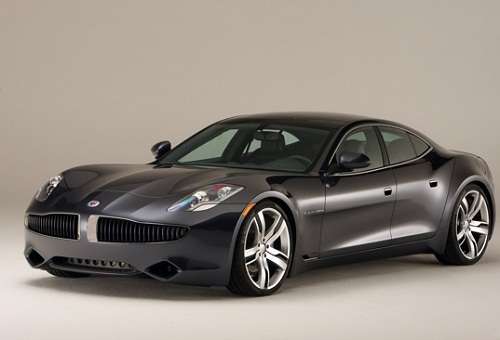 The companies identified a manufacturing flaw, and are of course issuing a recall.
Advertisement

Late last week A123 Systems disclosed they'd found some mechanical problems in the battery packs they supplied to Fisker for the Karma plug-in hybrid luxury sedan. (see A123 Systems finds problems in batteries for the Fisker Karma) It's now been learned from a report today in the Boston Business Journal that Fisker, of course, issued a recall last week citing the potential for coolant leaks and the potential for a fire.

The Fisker Karma is a luxury plug-in hybrid sedan designed by Henrik Fisker and is manufactured by Fisker Automotive. The car has been a long time in coming with several delays, and the company started deliveries last summer. So far 50 of the cars have been delivered, and there are another 1200 Karma's already produced or in production.

Fisker Automotive issued a recall through the NHTSA dated December 21, 2011 for "certain model year 2012 Fisker Karma passenger cars manufactured between July 1, 2011 and November 3, 2011". The recall states, as disclosed last week, that A123 identified a manufacturing flaw where "certain hose clamps may have been positioned incorrectly during assembly" and that any incorrectly positioned hose clamps could lead to a coolant leak and that "If coolant enters the battery compartment, an electrical short could occur possibly resulting in a fire".

Fisker plans to replace the battery pack at no charge to their customers, and to begin the recall in January 2012.

Fisker's website has an open letter to their customers saying that "Fisker Automotive is committed to the safety and quality of the vehicles we design and engineer in Southern California" and that the company's "quality check procedures have enabled us to identify a potential battery coolant issue at the factory". As a result the company is taking this action: "As a precaution we are replacing battery packs in the 50 cars already in customer hands with brand new ones, and are making modifications to address the issue in the more than 1,200 Karmas already produced and in production."

In the FAQ accompanying the letter Fisker states no issues have been reported from their customers. They discovered the leak on the assembly line, and have worked with A123 to develop a "confirmed remedy". Fisker describes the coolant as, well, "simply coolant, similar to radiator fluid".

Regarding the issue with the Chevy Volt battery pack fire, Fisker says "While we cannot comment on the concerns the Volt is experiencing the structural integrity of our battery is sound; we are simply modifying clamps holding the integrated cooling lines to the battery pack to avoid a potential coolant leak."

These cars seem like high technology marvels, but of course there are still coolant hoses and hose clamps that can be put on the wrong way. This comes across as such a simple little problem, and perhaps it would have been a minor footnote if it weren't for the extra attention being focused on the Chevy Volt battery pack. It is commendable that Fisker and A123 are dealing with this in an open manner.