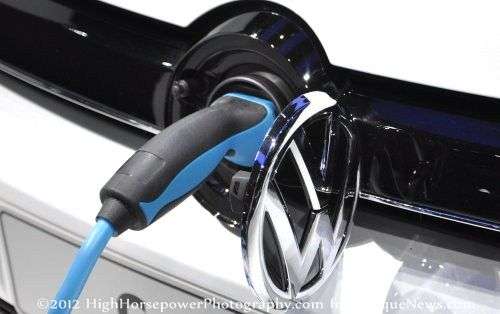 VW drives out of 2011 with extremely strong sales

Volkswagen's sales increased 13.1 percent overall from 2010. To break that down sold daily, that is 13,972 VW Group brandend vehicles sold everyday during 2011. That's a lot of metal to move everyday, but VW did it well.

“The Volkswagen Passenger Cars brand made major gains last year thanks to a fresh, innovative and environmentally-friendly model range. Our new vehicles such as the Passat, Jetta and Beetle, as well as the up!, have made an excellent start in difficult market conditions – conditions that will remain challenging in 2012 – and significantly strengthened Volkswagen’s competitive position,” the VW Group Board Member for Sales, Christian Klingler, said in Wolfsburg Today.

Volkswagen had extremely strong sales in emerging vehicle markets, China being a real winner for the German brand. More than 1.72 million vehicles were delivered to customers in China (including Hong Kong) in 2011. This represents a 13.8 percent increase over last year.

As well in Russia deliveries totaled 118,000 (58,900) units, which was a huge increase of 100.4 percent compared with 2010. Volkswagen also developed particularly well in India, where the brand reported a very substantial rise in deliveries to 76,100 units, showing a 151.0 percent from selling just 30,300 vehicles in India last year.

In other regions of the world Volkswagen reported a 16.6 percent overall increase in deliveries in the Asia / Pacific region during the past twelve months to 1.93 million vehicles. In South America it is estimated that 772,800 vehicles were delivered and sold. There was also a generally positive trend in deliveries in Europe, where the Volkswagen brand handed over 1.72 million vehicles to customers showing a 11.2 percent increase over last year.

In the US Volkswagen handed over 324,400 vehicles to eager customers in the United States, showing a 26.3 percent increase. In North America overall Volkswagen grew deliveries to 496,700, up 22.2 percent.

Most likely the VW Group and its various brands will continue to have a strong 2012 sales year with strong new models on the horizon.

Toyota's First EV Will Have a Name of BZ: Toyota BZ
First Videos From Inside The Boring Company's Las Vegas Loop
END_OF_DOCUMENT_TOKEN_TO_BE_REPLACED