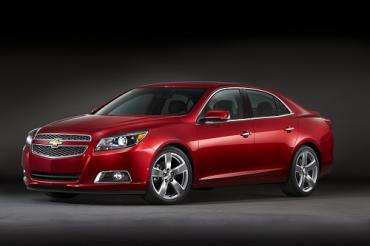 General Motors has surprised quite a lot of people by pulling its ads from the largest and most influential social media network on the planet, Facebook.
Advertisement

Forbes and number of other news outlets reported this news today. Many in the auto industry and business world find this quite an interesting move by GM.

The company apparently feels that paid ads on Facebook do not have the impact with consumers that warrants them to be spending significant money on ads.

According to the Wall Street Journal GM (which some people still refer to as Government Motors) spends around $40 million on Facebook marketing. It is important to note that only $10 million of the $40 million is for paid advertisements on Facebook. The other $30 million goes into social media marketing for various GM automotive brands Facebook pages, which the company clearly feels is a better place to invest time, energy, and most importantly money.

General Motors “is definitely reassessing our advertising on Facebook, although the content is effective and important.” said GM marketing chief Joel Ewanick, when speaking with theWall Street Journal.

“In terms of Facebook specifically, while we currently do not plan to continue with advertising, we remain committed to an aggressive content strategy through all of our products and brands, as it continues to be a very effective tool for engaging with our customers.” GM said in a statement today.

GM has taken a few steps to revamp it's marketing. Not too long ago they consolidated most of their global advertising into a new ad venture, Commonwealth. This is supposed to save the company approximately $2 billion in marketing over five years.

The WSJ reported that some managers and executives at GM have been questioning Facebook ads effectiveness at the beginning of 2012. Joel Ewanick and other GM marketing executives meet with Facebook to discuss, but were not convinced by what they had to say.

It is important to note that Mr. Ewanick has been a longtime skeptic of the social media phenomenon. “Twitter is a little bit overrated, there will be a new media toy that will replace it in a year or two.” Ewanick told Brandweek back in 2010.

Mmmm... interesting. I guess if that is the way Mr. Ewanick feels, GM shouldn't be taking part in Twitter and possibly even Facebook. Of course, I doubt that will happen! :)

Frank Sherosky wrote on May 15, 2012 - 10:53pm Permalink
With the advent of the FB IPO, I think this is worthy of the auto sector stock category.
Aaron Turpen wrote on May 16, 2012 - 5:13am Permalink
Those who follow tech were not too surprised by this. Like most tech companies going IPO, much of FB's valuation is smoke and mirrors. Ask anyone in marketing how well they do with FB ads and they'll tell you that they don't know because tracking is nearly impossible. In today's world if you can't track your campaigns, you stop running them because metrics are the lifeblood of marketing.