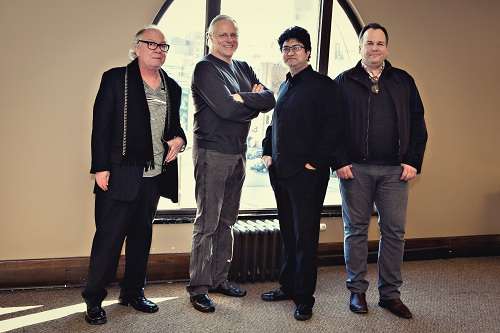 General Motors (GM) is hoping to save around $2 billion dollars over the next 5 years. This isn't on manufacturing, labor, materials, or productions costs but on what most automakers see as necessity to sell cars, advertising.
Advertisement

A new company, Commonwealth, is being formed to handle most of Chevy's advertising around the world. Commonwealth is a joint venture between two powerhouse players in the advertising world. The new Detroit-based venture is a 50-50 collaboration between the San Francisco-based Goodby, Silverstein & Partners and New York-based McCann Erickson Worldwide. This is the first type of collaboration of it's kind in advertising history.

“This is the first time that two large marketing communications holding companies have come together to form a single company,” said GM Vice President and Global Chief Marketing Officer Joel Ewanick. “Commonwealth will be based right here in Detroit, and its only focus will be on strengthening and growing Chevrolet into an iconic global brand.”

Chevy before this announcement was using about 70 global advertising agencies, so this should dramatically cut costs. Ewanick expects Commonwealth to save GM around $2 billion over the next five years. As well as strengthen the focus Chevy as global brand. GM as a whole spends around $4.5 billion a year on advertising around the world for all of its brands.

Commonwealth's creative team will consist of some of the best talent in the advertising industry. This includes Jeff Goodby, who will serve as Creative Chairman; Washington Olivetto, Linus Karlsson and Prasoon Joshi.

A well there will be an eight-person Global Advisory Board, which will oversee all creative initiatives and strategy for Chevy globally. There will be different projects and offices which will operate in Detroit, Milan, Mumbai and Sao Paulo.

“We are absolutely thrilled to be a part of the team to win Chevy's global creative business, taking our relationship one step further," said Goodby, co-chairman and creative director, Goodby, Silverstein & Partners.

Goodby, Silverstein & Partners has led the Chevrolet creative account in America for quite awhile. McCann has been Chevy's in many foreign markets which include Mexico, Canada, Brazil, India, Japan, China and Latin America.

Commonwealth will immediately begin to transition responsibility for Chevy ad campaigns and projects in most global regions, with the exception of China, India and Uzbekistan. Those campaigns will continue to be managed by agencies specific to those countries.

GM seems to want to try new advertising methods as it recently partnered with MTV, but could this be a step in the wrong direction for Chevy? All those global ad agencies understand the different market dynamics in their own countries. Cutting corners might be the wrong move by Chevy, since quality might suffer. Having quality go in the wrong direction is nothing new to Chevy though.

LG's New EV Battery Plant Is a Welcome News for Tesla
Tesla Giga Berlin's New Hurdle: It's Not Only the Gov't, but Now Tesla Itself
END_OF_DOCUMENT_TOKEN_TO_BE_REPLACED