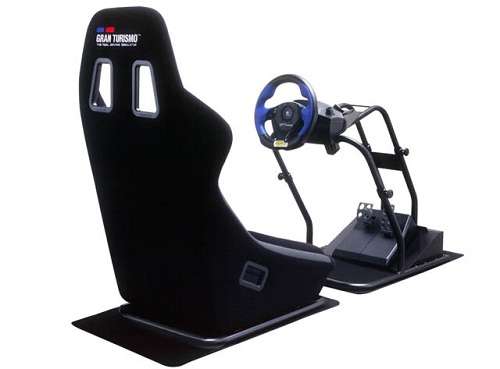 Nissan North America, Inc. (NNA), in is teaming up with Sony Computer Entertainment America LLC (SCEA) and Polyphony Digital Inc., to premier GT Academy USA. This is a dream come true for gamers, for it is a reality show that takes 16 Gran Turismo 5 gamers and gives them a chance to become professional race car drivers.
Advertisement

Through the collaboration of NNA, SCEA and Polyphony Digital Inc, the companies are bringing the next level of innovative marketing to Nissan by producing this exciting reality television show. The reality show will be set to air on September 20, 2011 on SPEED TV.

The reality show will be featured as a five-part series and is being considered a gamers “dream job”. There has been question as to whether playing a reality game show can give drivers the experience and skills needed to actually become professional race car drivers. This is how real and authentic these games can be.

To find out whether or not these reality games are authentic enough, Nissan has brought America's fastest 16 out of nearly 54,000 Gran Turismo 5 gamers who participated in a National tournament together into a competition. The 5 gamers will receive the opportunity to become a motorsports professionals.

The battleground for these contestants will be England's legendary Silverstone Circuit. The gamers will compete against each other in challenges on and off the racetrack. The judges who will make the decisions are some of the biggest names in motorsports including Danny Sullivan, Tommy Kendall and Liz Halliday.

GT Academy USA was divided into three phases: (1) the tournament where approximately 54,000 registered to compete and tried to make it to the National Finals in Orlando, Florida, where they battled head-to-head across a three-day live event held from March 22-23, 2011, (2) driver development where GT Academy's top 16 players were sent to an intensive seven-day racing academy with a series of elimination rounds, mental and physical aptitude tests designed to determine the GT Academy USA Champion and (3) the reality show where the five-part series will begin on SPEED TV beginning Tuesday, September 20 at 10 p.m. EST.

The winner of this NNA, SCEA and Polyphony Digital Inc, reality race car series will become a Nissan-sponsored professional racecar driver who will join the European GT Academy winners. He/she will help to form a four person team that will race the legendary 24-hour race in Dubai.

In a press release, Jon Brancheau, vice president of marketing for Nissan North America, Inc. made this statement: “GT Academy USA will create a life changing experience for gamers, celebrating the authenticity of Gran Turismo 5 for Sony PlayStation, and real life racing and performance, innovation for Nissan. GT Academy USA is a mesh of gaming, branded entertainment, and social media, all designed to entertain, engage, and reward the audience across multiple platforms from gaming consoles to social networks and primetime."