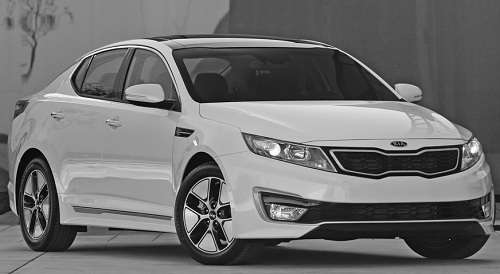 The sophisticated men's lifestyle magazine Esquire has named the 2011 Kia Optima the "Most Gorgeous Car Under $20K". Optima also got notoriety as one of only nine finalists for the "The 2011 Esquire Design and Technology Awards".
Advertisement

The 2011 Kia Optima is a mid-size four-door sedan that has been manufactured by Kia Motors since the year 2000. The vehicle has been successfully marketed world-wide through various model names.

The first generation Kia Optima were marketed as the Optima in the United States and as the Kia Magentis in Europe and Canada in 2002. The second generation model was called the Kia Lotze and Kia used the name Kia K5 for the South Korean market. The name Magentis was used globally, except for the United States and Malaysia where the countries used the name Optima. Today, Kia uses the name Optima for all markets except China, where they will use the South Korean market name.

As for the popularity that the Kia Optima has been receiving as of late, it is for the 2011 stylish "deceptively simple, yet classy design that exudes refinement and luxury at an outstanding value”. The Optima is happy to be receiving critical acclaim for its “superior combination of world-class design, performance and long list of convenience features.”

United States production of Kia Optima got underway last week at Kia Motors Manufacturing Georgia, where editors stated that the car had a "clean and inspiring design that provides a refined and upscale feel at an extraordinary value.”

According to the press release sharing the high accolades about the Kia Optima, Michael Sprague, the vice president of marketing & communication for Kia Motors America declared, "Esquire defines and shapes men's style and fashion in today's contemporary culture, and this recognition further validates the Optima's tremendous value proposition with its unmatched combination of world-class design, advanced technology, and fun-to-drive performance. The stunning design and value of the Optima has significantly increased awareness, perception and consideration for the Kia brand and with demand continuing to outpace supply we are looking forward to the first U.S.-built Optimas arriving in showrooms in the coming weeks."

The 2011 Kia Optima is available in the LX, EX and the SX. It offers many conveniences in luxury and technology, including the AM/FM/CD/MP3/Sat audio system with SiriusXM Traffic™ Satellite Radio capabilities and three months complimentary service, auxiliary and USB audio input jacks and standard Bluetooth® wireless connectivity with steering wheel-mounted voice activation controls.

The 2011 Kia Optima offers three powerful, fuel-efficient engines: a 2.4-liter GDI four-cylinder, a 2.0-liter GDI turbo or a 2.4-liter hybrid. Lastly, all this style and technology only runs approximately $19,200.

These are the reasons the Kia Optima has won accolades from Esquire, as well as being named a 2011 "Editors' Most Wanted" vehicle by Edmunds' Inside Line, a 2011 "Best New Model" by Kiplinger's Personal Finance, making the "Ward's 10 Best Interiors" list, being one of the 2011 "Top Safety Picks" by the Insurance Institute of Highway Safety (IIHS) and receiving an overall five-star crash safety rating from the National Highway Traffic Safety Administration (NHTSA).

michaelC11 wrote on September 8, 2011 - 3:28am Permalink
its really a good offer. The design has such a great improvement compared to previous model & the spec <a href="http://gyrobowlreviews101.com/gyro-bowl-in-stores">looks good</a>
Newmarket Kia D... wrote on September 8, 2011 - 10:57am Permalink
Couldn't agree more, the Optima is just an gorgeous, aggressive looking car! The hybrid blends that style with awesome fuel economy. Well done Kia!