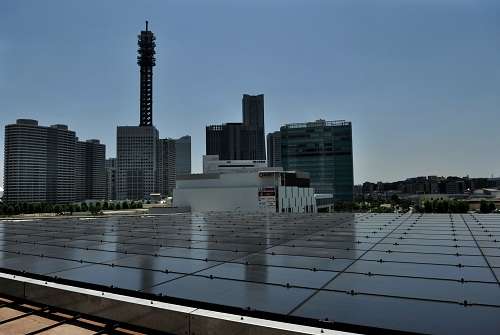 Nissan Motor Company joins the rush for solar powered charging stations in unveiling a new charging system that draws energy from the sun and stores it in lithium-ion batteries that the company uses in its electric LEAF.
Advertisement

Nissan installed 488 solar panels at its global headquarters in Yokohama, Japan to collect the sun’s power and feed it into a battery that is the equivalent to four Nissan LEAF batteries at each of seven charging stations on Nissan’s grounds. Testing the system began today (July 11).

Three of the seven stations are quick charge and four are normal charge.

The electricity produced by the solar panels and stored is the equivalent to fully charging approximately 1,800 LEAFs annually.

“This new system will enable electric vehicles, which do not emit any CO2 when driven, to be charged through a completely renewable energy source,” said Nissan. “This is one solution to create a cycle where CO2 emissions resulting from driving is zero. By using the same lithium-ion batteries in electric vehicles as stationary storage batteries, electricity can also be supplied to EVs regardless of the time of day or weather, enabling efficient use of renewable energy sources.”

If results with the larger system installed on Nissan’s grounds warrant, 4R Energy plans to enter the market of mid-sized electricity storage systems for commercial and public facilities in an effort toward sustainable, zero-emissions.

Since the March 11 earthquake and tsunami struck Japan, crippling a nuclear-powered generating station, the nation is desperate to conserve, source and supply electric energy and automakers have accelerated their efforts.

Shortly before Nissan unveiled its solar array, Mitsubishi Motors announced plans to develop and market a portable converter of buyers of its all-electric car, the “i” can recharge their cars at home.