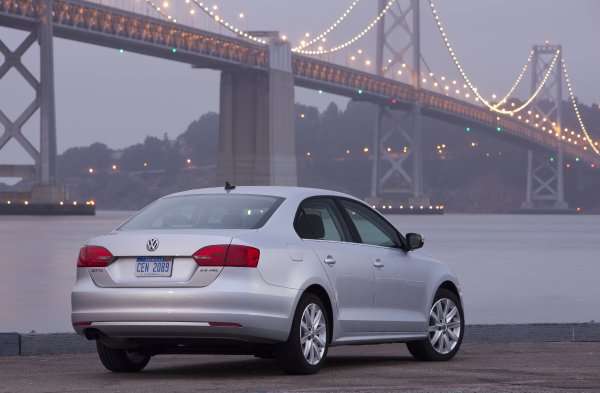 Volkswagen Jetta has best sales month ever in June

Car buyers in June handed the larger, better appointed Jetta its best sales month ever as Volkswagen moves to capture a bigger share of the U.S. market.
Advertisement

Total Jetta sales soared by 88.3 percent in June with 17,105 cars rolling off dealer lots, and within that line, sales of Jetta’s A5 and A6 sedans was strongest, increased by 120.9 percent with 14,513 cars sold. Sales for the SportWagen remained relatively consistent with a 3 percent sales increase.

Total sales for Volkswagen’s in June climbed by 35.1 percent over the previous June to 28,444 units, and Volkswagen ended the first half of 2011 with its best half-year sales record since 2002, according to sales data released by the company.

“We’ve been able achieve a volume in the first half of this year in what took us effectively seven months last year,“ said Jonathan Browning, president and CEO, Volkswagen of America, Inc. “With Volkswagen’s broad range of fuel-efficient, high-quality vehicles, we expect the momentum to continue into the second-half of the year.”

A number of factors contributed to increased Jetta sales. The 2011 model offers an array of standard and optional equipment, a price point lower than the 2010 model and the new Jetta could almost measure as a mid-size car. It’s wider and longer than Civic and Corolla.

Pricing begins at $15,995 for the base model, $1,740 less than the previous Jetta and 110 pounds lighter, and standard equipment includes air-conditioning. Load it up and the price stretches to about $25,000. Most all of VW lines turned in increased sales compared to June last year, according to the sales data.

The Touareg and Tiguan sport utilities turned in the second largest gain with 46.9 percent and 47.1 percent sales increases, respectively.

“The first-half of the year marked a period of unprecedented growth as more customers discovered the value, fuel economy, design and driving experience of the Volkswagen brand,” said Browning. “As we head into the second half of the year, we expect this trend to continue, particularly in the fall when we add the all-new Passat and Beetle to our dealer showrooms.”