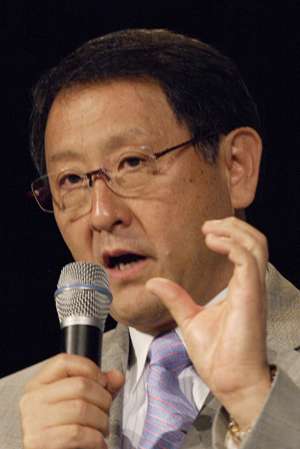 After the devastating March 11 earthquake and tsunami in Japan, Toyota is announcing a return to 100% production capacity worldwide by November and 90% domestic capacity by the end of the month.
Advertisement

Toyota president Akio Toyoda has announced that the Japanese automaker will be back at full global production capacity by November, and that its domestic output will be up to 90% capacity by the end of June, following the devastating Japan earthquake in March.

"We are restoring (production) at fast speeds despite ongoing aftershocks," Toyoda told reporters at a news conference in South Korea on Saturday.

This puts Toyota ahead of schedule, as Toyoda previously stated in April that the automaker was only expecting to resume 70% production by the end of this month, and that worldwide production wouldn't fully recover until the end of the year.

The 9.0 magnitude earthquake and tsunami that struck Japan on March 11 disrupted more of Toyota's operations than its two biggest rivals Nissan and Honda, who build only 25% of their cars in Japan as opposed to Toyota's 38%.

However, Toyoda is visiting different markets to 'encourage dealers' according to a Korean representative of Toyota in hopes of offsetting a lapse in sales that resulted not only from the earthquake, but from Toyota's heavily-publicized recall.

Toyota sales are down by significant numbers in all of its biggest markets: 33% down in the United States, 35% down in China, and a staggering 51% down in South Korea.

That makes competition with Korea's domestic automakers even more difficult, as Hyundai and Kia have posted a 35% sales growth in its biggest markets.