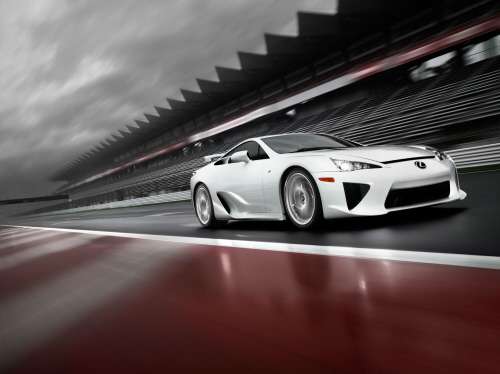 Lexus, Sinatra share same vision: 'the best is yet to come'

Lexus has launched an "Engineering Amazing" advertising and marketing campaign to plant the seed with potential new-car buyers that "the best is yet to come" for the luxury marque. The new Lexus campaign runs past Christmas and into 2012.
Advertisement

“This isn’t just a campaign, it’s a statement that, for Lexus, the best is yet to come,” said Dave Nordstrom, vice president of marketing for Lexus. “It’s not about simply making incremental strides and improvements, but about taking giant leaps in innovation.

“The first evidence of this came with the recent unveiling of our LF-Gh hybrid concept car.”

The vehicle, Nordstrom says, embodies a future Lexus that is "bold, aggressive and evolved."

The “Engineering Amazing" campaign demonstrates how Lexus engineering goes beyond solutions that simply improve things to solutions that change the conversation, according to a statement from Lexus. Viewers see how using extreme foresight and anticipation produces technology that will be relevant not just today but as far ahead as 30 years.

The campaign, which runs through January, is emotional and exuberant, using strong colors and rich photography. Dramatic angles and lighting sculpt the sheet metal with light and contrast and find interest in every curve, combining the classic qualities of Lexus with a new vigor and passion.

1. The “Wall” illustrates how Lexus has designed technology that will work with whatever the future holds. As previously described, a Lexus LS 600h hybrid breaks through a wall of stacked beakers representing possible future fuel sources, “Because when you pursue perfection, you don’t just engineer a future-proof hybrid system, you engineer amazing.” While other manufacturers are discussing the future of alternative energy, Lexus has already engineered hybrid technology that will optimize any future fuel source.

2. In “Reactions,” Lexus offers a deeper look at the advanced Lexus Driving Simulator. The spot focuses on a driver behind the wheel of an LS. As he is driving, he encounters dangerous scenarios that happen on the road each day — from someone changing lanes suddenly without warning to distracted driving and sleep deprivation. As each situation occurs, a set of hands reacts to create an artistic visual of the human response. The camera pulls back and we see that he is not actually driving an LS, but participating in testing in the Simulator. The voice-over states, “When you pursue perfection, you don’t just engineer the world’s most advanced driving simulator. You engineer amazing.”

The commercials will also be available with behind-the-stories videos on lexus.com/engineeringamazing and YouTube.com/lexusvehicles. Lexus is also running creative with Facebook and Twitter. There will be billboards in 11 markets. Lexus hopes to sell lots of current models like the LFA (pictured) because of the ongoing campaign.