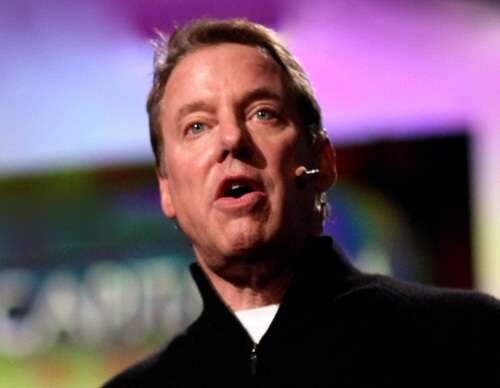 At the closing ceremony for the event, Ford will emphasize how intelligent vehicles and innovations such as smart electrification can help solve emerging transportation issues on roads around the world.

Delegates from more than 65 countries have had the opportunity to experience emerging transportation technologies that will improve the U.S. economy and change the way Americans move people and goods.

With a shared belief that business can be a positive force for social change, Ford co-founded Fontinalis Partners, a Michigan-based investment firm that acts as a strategic operating partner to transportation technology companies around the world. In partnership with Kleiner Perkins Caufield & Byers, a leading international venture capital firm, and the Intelligent Transportation Society of America, Fontinalis offered an investor-matching program at this year’s World Congress.

The special event was designed to match innovative transportation technology companies with potential investors that could possibly lead to the creation of new jobs.

This potential infusion of capital into the economy, sparked by the investor matching sessions, is consistent with recent findings by a federally commissioned report developed by ITS America and IHS Global Insight on the intelligent transportation industry.

The report, released in August, found intelligent transportation to be a fast growing sector and suggested it will outpace other industries in job creation and revenue growth through at least 2015. The report also indicated that cities and states with drastically reduced budgets are turning to technology solutions to maximize existing highway capacity.

In addition to the featured speakers, the World Congress offered more than 300 sessions and provided attendees with an array of tailored session tracks focused on a variety of topics.

Attendees perused the 350,000 square foot exhibit hall which featured more than 200 companies displaying the latest innovations in the ITS industry. There were also four Technology Showcases that were demonstrating the latest safety, mobility, sustainability and pricing technologies.

These showcases featured 25 live demonstrations that allowed the U.S. Department of Transportation and private sector companies, including General Motors and Toyota, to display the realm of possibilities for “Connected Vehicles” and other technologies on Central Florida’s Connected Vehicle Test Bed and beyond that will lower driving costs, reduce traffic congestion, improve travel safety and reduce emissions.

Tesla-Funded Research Reveals One of The Biggest Mysteries of EV Battery
Tesla Tesla Buyer Nets a Whopping $12,000 Discount After Asking for Reduction
END_OF_DOCUMENT_TOKEN_TO_BE_REPLACED