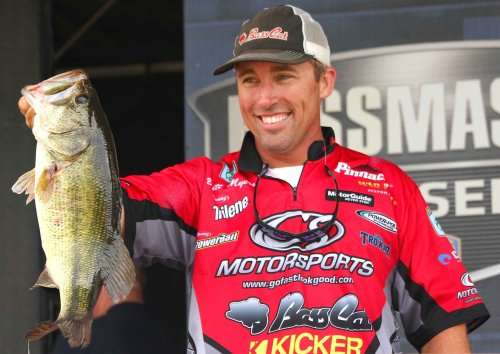 Toyota announced recently that among the company vehicles appearing at the 2012 SEMA Show in Las Vegas will be the Ultimate Fishing Tundra – a half ton pickup modified with the help of a group of professional sport anglers to be the perfect truck for a hardcore fisherman.
Advertisement

Unfortunately, no images or sketches of the Toyota Ultimate Fishing Tundra but we do have a quick rundown of the modifications being made to this custom half ton pickup. The base truck for the build is a 2012 Tundra CrewMax and while no details have been offered, I would guess that this SEMA Show vehicle will be powered by the 5.7L V8 and packing a proper 4 wheel drive system. Leading the build for this Toyota SEMA vehicle is Bassmaster Elite Series pro angler Britt Myers, who also owns North Carolina-based CS Motorsports, and to get the most input for the build, Myers brought on fellow anglers Kevin VanDam, Terry "Big Show" Scroggins, Mike Iaconelli and Gerald "G-Man" Swindle to help design this super Tundra.

This configuration offers the best of the Tundra’s payload and towing capacities but to improve the performance of the Ultimate Fishing Tundra, modifications begin under the hood where a TRD supercharger while a full exhaust system has been added to allow the engine to exhale. A TRD Big Brake Kit has been added to allow the Tundra to stop quickly with even the heaviest loads and a massive 12 inch suspension lift allows the Ultimate Fishing Tundra plenty of ground clearance in almost any situation – certainly more than enough clearance for anywhere someone would be towing a big bass boat.

Once the power output, braking abilities and suspension systems were handled, Myers turned to the rest of the exterior – adding a custom roof rack with plenty of fishing rod storage and LED lights for easy loading and unloading be it in the early morning or late evening. Next, the team tore into the bed, adding a tackle storage system that will have everything that an angler could need. "(The Tundra) will have a bed-area tackle storage system that looks like a Bass Pro Shop aisle,” said Myers. “It'll have tackle, reels, rods and even a refrigerator." The items in the bed will be accessed via an motorized delivery system – which is one feature that I look forward to checking out in person. Finally, the Ultimate Fishing Tundra will have a unique grille treatment to allow this model to stand out from other 2012 Tundra CrewMax models.

The final step for the Toyota Ultimate Fishing Tundra build is the interior where the rear bench seat has been ripped out in favor of a pair of comfortable bucket seats. Stretching from the dash all the way to the back of the cabin is a custom fiberglass console built by CS Motorsports that offers built in video monitors for everyone in the truck along and earth shaking subwoofers. The front doors sport unique inner liners which house more speakers and video monitors that display – among other things - Navionics lake-mapping systems.

No image has been offered thus far of the 2012 Toyota Ultimate Fishing Tundra CrewMax but with SEMA only 35 days away – it won’t be long before we have seen this and all of the awesome vehicles at the 2012 SEMA Show. Luckily, Toyota has included the image on the right of Bassmaster Elite Series Pro Angler Britt Myers – in case you wanted to know what he looks like.

Tesla Contemplates A New Strategy for China Retail even As Sales Boom
Jay Leno on Elon Musk & EVs: “I Think He Should Get ... Credit"
END_OF_DOCUMENT_TOKEN_TO_BE_REPLACED