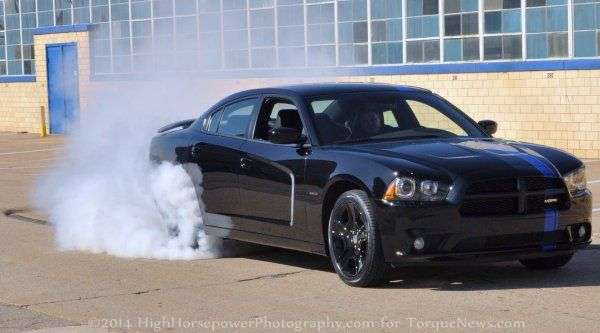 The Dodge Charger is one of the Chrysler Group’s bestselling vehicles and with the next generation Charger expected, there has been a great deal of chatter across the social networks about a 2-door Charger – but I am here to tell you that Chrysler doesn’t need to build a coupe version of their popular high performance sedan.
Advertisement

The Dodge Charger gained its fame back in the 1960s and 1970s as a 2-door muscle car so when the Chrysler Group reintroduced the Charger name for the 2006 model year as a full sized sedan, Mopar and muscle car traditionalists were enraged by the fact that the fabled Charger had been reduced to a mere family sedan. A family sedan with variants that pack some serious power in the RT and SRT trimlines – both of which would outrun the old school Charger in almost any heads-up racing venue be it drag racing or road racing. The traditionalists cried foul…insisting that no one would be the atrocity that was a 4-door Charger, but those folks were quickly proven wrong as the Charger became one of the Chrysler Group’s bestselling vehicles.

Some of the guys who originally hated the modern Dodge Charger relaxed their opinion over time and the demand for a Charger coupe really died down when the modern Dodge Challenger was introduced for the 2008 model year. The modern Challenger shares a similar chassis architecture, most drivetrain components and most interior features so the modern Challenger is almost a 2-door version of the Charger with its own unique name and sheet metal. With this new Challenger, Mopar lovers finally had their chance to buy a “proper muscle car” which would compete with the Ford Mustang and the Chevrolet Camaro (which didn’t exist when the Challenger was introduced). The people who hated the fact that the Charger is a 4-door large sedan were stifled by the Challenger…and by the test of time.

However, over the past few weeks I have seen more and more people online demanding that the next generation Dodge Charger – expected to arrive for the 2015 or 2016 model year – be offered as a coupe. I have news for those folks…it isnt going to happen because Chrysler doesn’t need to build a 2-door Charger. Back in the 1970s, it wasn’t a problem to have more than one rear wheel drive, 2-door performance car because that was the way of the industry back then. In 1971, Dodge actually had 4 2-door rear wheel drive sporty coupes including the Charger, the Challenger, the Dart and the Demon – plus the collection of closely related cars from the Plymouth brand like the Duster, the Roadrunner, the GTX, the Satellite, the Barracuda and the Valiant. Back in those days, there were far fewer differences from one model to the next so it wasn’t a problem to have all of those 2-door performance friendly coupes in the same corporate lineup. However, things have changed greatly and the modern auto industry really doesn’t leave room for multiple cars that would essentially compete with each other. A modern Dodge Charger Coupe would be nothing more than a Dodge Challenger with a Charger-esque front and rear end; creating inter-brand competition. Modern automakers have gone to great lengths to eliminate inter-brand competition which is why there is no Lincoln version of the Ford Mustang and why the entire Pontiac brand was killed off. This is also why one of the two Chrysler Group minivans will be killed off in the next few years…much like the Dodge Avenger.

Since there is really no way to clearly differentiate between a modern Dodge Charger Coupe and a modern Dodge Challenger, there is no place for a Charger Coupe in the modern Dodge lineup. Because of that, Mopar fans demanding a 2-door Charger should either get their head out of the 70s and be happy that they can buy the Challenger or they can go to some other brand that offers multiple similarly related rear wheel drive coupes. Oh wait…they can’t go somewhere else for a choice of performance coupes because no other company offers that either. For the same reason that Ford doesn’t offer a car similar to the Mustang and for the same reason that GM killed off the Pontiac Firebird – Dodge won’t be offering a Charger Coupe anytime soon without the demise of the Challenger.

The modern Dodge Charger is an incredible high performance sedan and the modern Dodge Challenger is an awesome muscle car in the truest sense of the phrase. Mopar fans should be happy that they have the most diverse choice of performance cars (soon to be rivaled by the Chevrolet SS Performance Sedan and the Camaro) and stop whining about wanting a Charger Coupe. The Charger is awesome…the Challenger is awesome. Be happy with the options that you have as you have more cars to pick from if you want to go very fast than do GM or Ford fans.