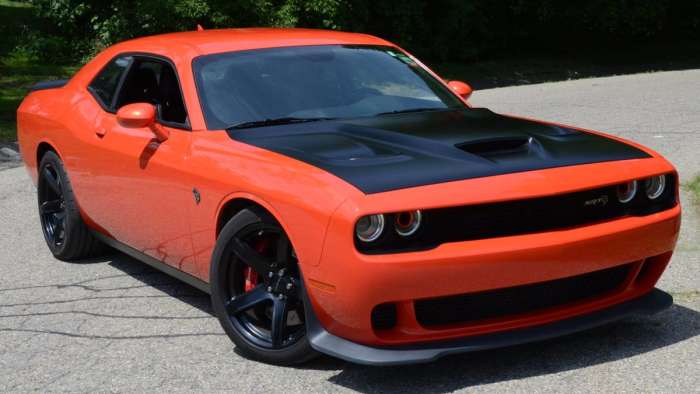 After spending the past three years daily driving a Dodge Challenger SRT Hellcat, my humorous piece from September 2014 has proven to be quite wrong, so here is a look at how my “7 Reasons Why You Don’t Want to Own a Hellcat” have aged since 2014.
Advertisement

Back in September 2014, the Dodge Challenger SRT Hellcat was the hottest thing in the American performance world. As if the introduction of the supercharged muscle car in April 2014 followed by the news in July that it would have 707 horsepower weren't enough, the first round of media reviews in late July were nothing short of glowing. The Hellcat Challenger wasn’t just hype. It was that good and it took the performance world by storm.

In the months leading up to the dealership arrivals of the first 2015 Hellcat Challengers, we talked about every aspect of the supercharged Mopar muscle car. Some people were frustrated that they were unable to order one of the first units while others lamented the fact that they would never be able to afford one. With that in mind, in September 2014, I wrote a piece titled “7 Reasons Why You Really Don't Want to Own the 2015 Hellcat Challenger”. It was intended to be humorous, which I stated in the piece, but some people didn’t understand that. I got all sorts of nasty emails and comments about how I was just being a hater who was jealous that [I] would never have one of my own. Those messages and comments continued on for years, even after I bought my very own 2017 Hellcat Challenger in Go Mango.

Im coming up on three years with my Hellcat Challenger, so even though the piece was intended to be a joke, I wanted to revisit the reasons why someone might not want to own the supercharged Dodge muscle car. Ultimately, many of my joking points were incorrect, showing that it is an even greater machine than I had ever imagined. 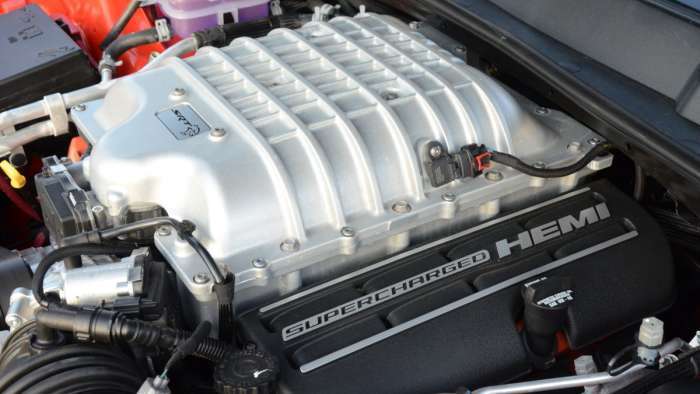 My Original 7 Reasons
In case you aren’t familiar with my original seven reasons why you don’t want to own the Dodge Challenger SRT Hellcat, you can read the original piece by clicking here.

Considering that we are talking about a muscle car that weighs more than two tons and has more than 700 horsepower, many of those points seem like common sense. It is rear-wheel-drive, so it isn’t intended for use in the snow. It spins the tires easily, so it makes sense that you would go through lots of them. Again, with all of that power and weight, it seems likely that the Hellcat would get terrible mileage. Insurance rates are higher on high performance cars, especially that cost more than $60,000, which also makes them more costly to insure. As for the last two, they were added as jokes, although it is no joke that not everyone needs 707 horsepower.

So how did these point age? Let’s review.

Why You Want to Own the Dodge Challenger Hellcat
1. While the Dodge Challenger Hellcat’s price tag starting right around $60,000 is affordable for what you are getting, it is still a very expensive car to the average driver. That being said, Dodge has offered the Power Dollars program, cutting more than $7,000 from the MSRP, making the car far more affordable for many people. When combined with aggressive lease deals, Dodge has done an amazing job of making Hellcat power accessible to many people. 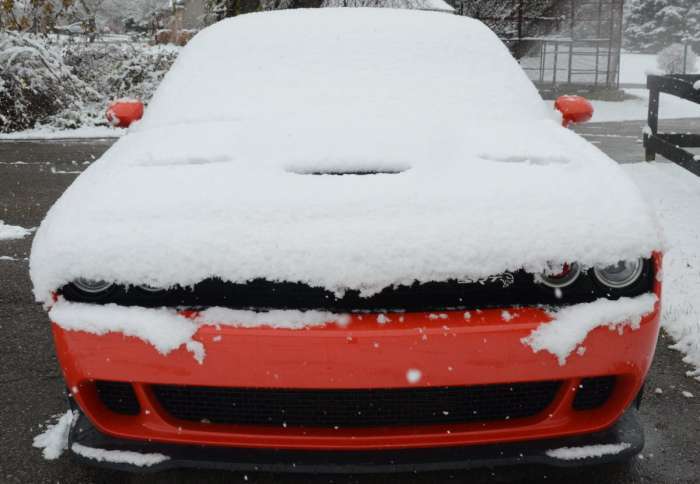 2. While I have not driven my Hellcat Challenger in hard snow or deep snow, I have driven it in temperatures well below freezing and I have driven it in light snow. Even with the Pirelli summer performance tires, it performs quite while in frigid weather. I know some Hellcat owners who have installed high end snow tires and driven their supercharged machines in deep snow without any problem.

3. So, there is no way around tire wear. The Hellcat Challenger smokes the tires with ease and people love watching the big Dodge muscle car roast the tires. Ive “only” gone through three sets of tires in three years, not counting my drag radials, and I am conservative with the big burnouts. With 707 horsepower, 650 lb-ft of torque and the desire to use all of that power, there is no way to avoid the tire shop. 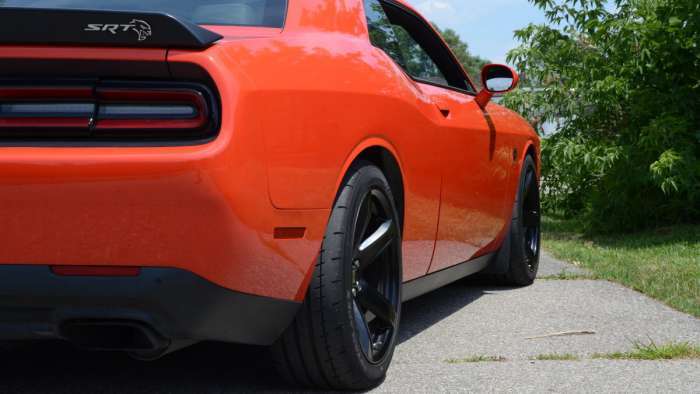 4. In this case, I was way off of the mark. My Hellcat Challenger is the most fuel efficient vehicle that I own and one of the most efficient that I have ever owned. Over the past three years, I’m averaging around 16 miles per gallon, which really isn’t too bad. That is better mileage than I get with my Ram 1500. That number would be better if not for all of the hard pulls. More importantly, when driven reasonably on the highway, I can very easily get 25 miles per gallon cruising around Metro Detroit. While that isn’t setting any “green car records”, it is an impressive number for a big, powerful muscle car.

5. While insurance rates vary by driver and location, it seems that for the most part, these cars aren’t insanely expensive to insure. Insurance obviously costs more than it does for my Ram, but in speaking with many Hellcat Challenger owners, the insurance rates aren’t as high as they expected. Keep in mind that the Hellcat Challenger is one of the single-most-stolen vehicle models in the United States, as that drives the insurance rates up a bit, but all-in-all, I pay far less for full coverage than I had expected. 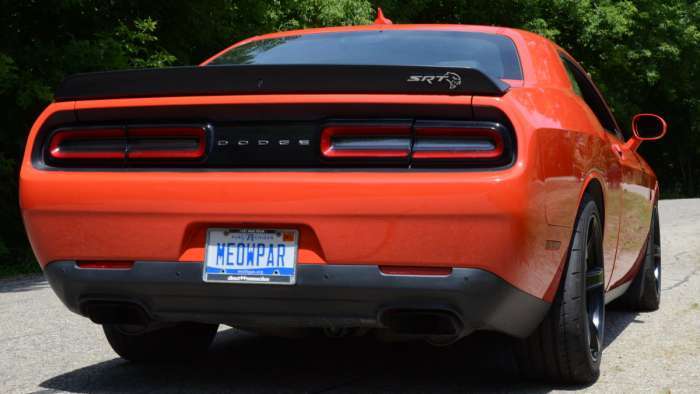 6. Truth be told, some other muscle car owners are clearly salty about the dominance of the Dodge Challenger SRT Hellcat, but for the most part, other automotive enthusiasts are very positive in my supercharged Mopar machine. After three years of daily driving, I still get people who walk over to talk about the car, ask questions and pay compliments. That being said, I didn’t actually think that other muscle car owners would hate every Hellcat owner, as that was just a joke.

7. I stand by my original comment that the Dodge Challenger SRT Hellcat isn’t for everyone, and I imagine that many people would agree. There are many drivers on the road who would like to have 707 horsepower on hand, but who simply can’t handle that kind of power. It isn’t hard to kick the back end out when accelerating through a gentle turn, especially on wet roads, and not everyone has the knowledge of how and when to use all of the power. 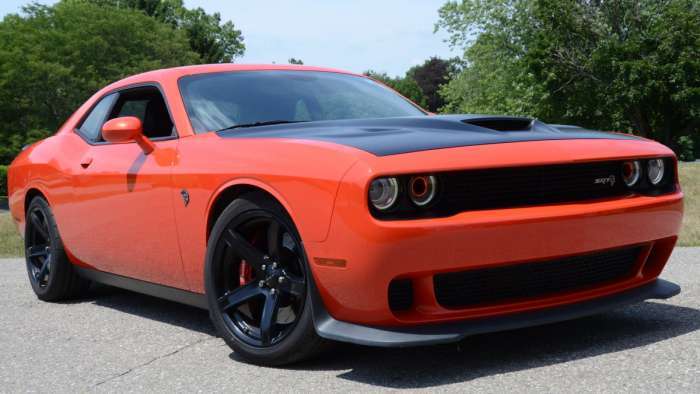 At the same time, the Dodge engineers really did an amazing job in making the Hellcat Challenger very user friendly. In some cases, such as the 662-horsepower 2014 Mustang GT500, big power cars can be a real handful, but the electronic helpers in the Hellcat are quick to step in when the car gets a little loose. Many people who drive a Hellcat Challenger quickly find that when you drive it reasonably, it is not harder to control than any of the models with less power, but even when you put the hammer down, the Mopar monster pulls nice and straight. It is not for everyone, but the reason that we haven’t seen scores of these cars mangled in junkyards is because the vehicle is so well engineered.

In closing, my original piece was a joke, which was stated in the article and in the long run, everyone should be so lucky as to own a Dodge Challenger SRT Hellcat. The loaded interior makes it comfortable for the daily drive while 707 horsepower and 650 lb-ft of torque lead to one of the greatest American performance cars ever.

David wrote on February 4, 2021 - 5:52pm Permalink
I bought a new 2010 Dodge Challenger and I love it. Makes me feel like a teenager again. It was a RT. Did a little work on the motor, it's around 400 horses Mopar or no car !!!!!
Mike wrote on April 23, 2022 - 10:08pm Permalink
I drive a 2019 F8 Green Challenger Hellcat to work as a daily driver. Worth every penny! The smile on my face at 5am in the morning ripping through the highway to get work is priceless. Yeah, gas is expensive...but so is your smart phone...live life and have fun going to work!
DENNIS g JONES wrote on November 17, 2022 - 6:18am Permalink
people don,t buy anything DODGE to me there just to cheaply made and don/t last had many none were great cars or trucks parts are high for them and y es they break down alot bought a new nitro trans went out 62k junk bought a new 2014 ram trash all kinds of trouble iam not really sure why dodge can not do better but i one of the millons of people dune with dodge forever better cars and trucks to buy than dodge i bought a new tacoma they last forever nissans are really good for the money to ford not so good gm soso buy what u want but bewere of dodge there junk