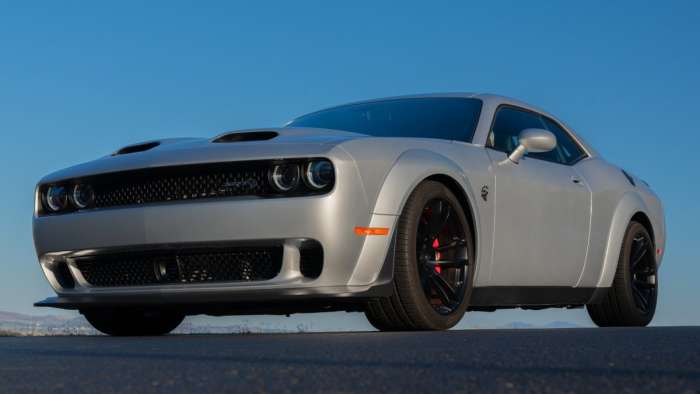 The Dodge Challenger is one of the top ten vehicles sold in the United States which has an inventory level which may make finding your ideal Mopar muscle car difficult, especially if you are looking for a good deal.
Advertisement

The Covid-19 pandemic shut down just about every major industry in the world, hitting those industries with vast, global supply chains the hardest. With borders being closed around the world, businesses that rely on foreign suppliers to build their products have been unable to get those items in a timely manner. Then again, most production-based businesses were closed for weeks, if not months, so in many cases, it wouldn’t matter if there were components being shipped from outside of the United States.

The automotive industry is one of those which operates on a global level and from top to bottom, the American auto industry was shut down hard due to the pandemic. The suppliers which send parts to the assembly plants were closed. The assembly plants themselves were closed and, for much of the pandemic period, many dealerships were either shut down or focusing strictly on providing mechanical service to customers. 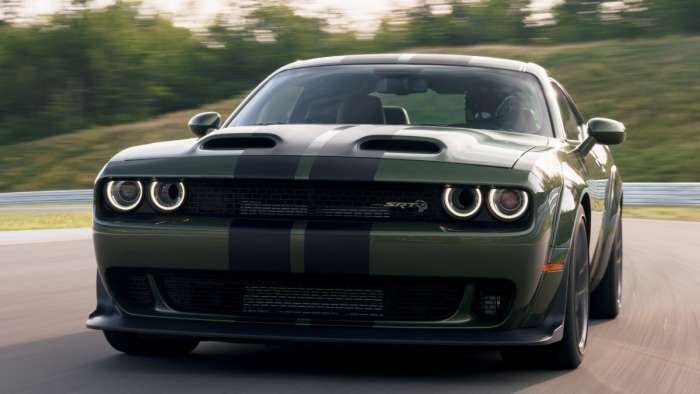 The result of all of this is that the supply of vehicles to dealerships around the United States has been disrupted and as a result, inventory levels of some very popular models has gotten dangerously low. The folks from Fox News published a piece talking about this problem, citing data from TrueCar that lists the vehicles with the lowest demand-to-inventory ratios and the Dodge Challenger is sitting 10th on that list.

Challenger Inventory Woes
TrueCar listed the 10 vehicles with the worst demand-to-inventory ratio in the US market and on that list, most of the vehicles are high volume models from foreign brands which rely the most heavily on parts being shipped in from another country. Five of the vehicles on the list are from Toyota, two are Korean models (one Kia and one Hyundai) and one is from Subaru, many of which are actually assembled in the United States. Six of the ten vehicles are SUVs, two are trucks and one is a minivan.

Oh, and one is an American muscle car that is built in Canada with engines from Mexico. That is, of course, the Dodge Challenger. It is the only car on the list and it is one of two American vehicles, being joined by the popular Jeep Wrangler. Like many of the other vehicles on the list, the Wrangler sells at a very high volume, so the inventory levels don’t need to drop much to create an unfavorable demand-to-inventory ratio. However, compared to many of the vehicles on the list, the Challenger sells in much smaller numbers, so for it to have a comparable demand-to-inventory ratio to these top sellers, inventory levels must be very low. 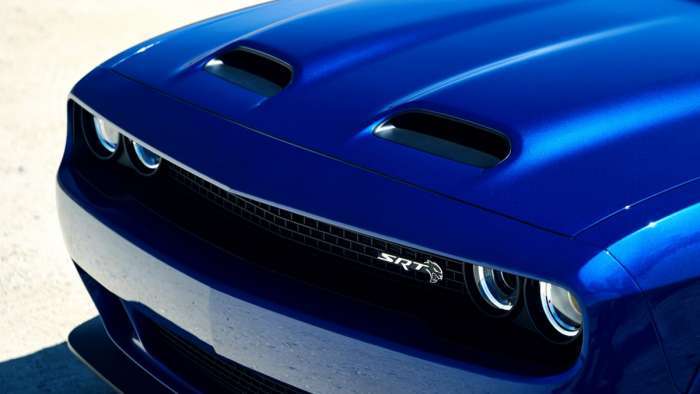 What This Means for Buyers
This means that if you are shopping for a Dodge Challenger right now, you might have a tough time finding the exact car of your dreams. Also, since inventory levels are low, dealerships are far less likely to negotiate on the pricing. Fortunately, Power Dollars is still in effect, so anyone buying a Challenger right now can save $10-per-horsepower, leading to a discount of up to $7,970 on the Hellcat Redeye.

While we don’t have the exact inventory numbers, we searched for 2020 Dodge Challengers in Hellcat and Hellcat Redeye trim with the narrow body. The Dodge website allows for search parameters of up to 150 miles and in that range, there are only 7 new supercharged Challengers available for purchase.

Mind you, we are talking about the Metro Detroit area, where the Dodge muscle car is very popular. If we expand the search to include the widebody version of the Hellcat and Redeye Challenger, the number of available units in Metro Detroit only climbs to 13. Among those, it looks like most of them are either black or white, with one Indigo Blue and a couple in Hellraisin. All but one have the 8-speed automatic and just one has the third pedal. In other words, if you are shopping for a supercharged Dodge Challenger in the Detroit area, your options in inventory are very limited.

Fortunately, there appear to be greater numbers of V6, R/T and Scat Pack models than Hellcat models, but the Dodge Challenger as a whole is still available at much lower numbers than usual. This is likely to vary by location, but the bottom line here is that if you are shopping for a new Dodge Challenger and you are specific about your features, you should be prepared to do some traveling for your ideal Mopar muscle car.

Craig wrote on December 4, 2020 - 8:33am Permalink
Great article. Would love a follow up as to the final 2020 challenger hellcat production numbers. I’d guess across the board it was a low production year. Also probably quite a different year than dodge had hoped for their fiftieth anniversary of the challenger.