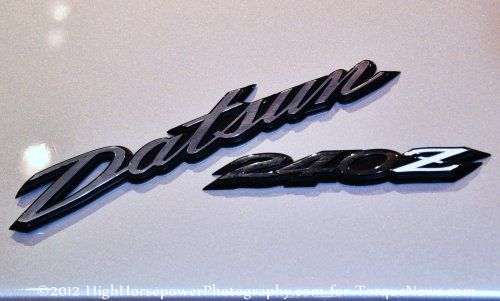 There have long been rumors that Nissan would bring back that Datsun brand and today, those rumors became facts as Nissan CEO Carlos Ghosn confirmed that the company is indeed reviving the Datsun brand – just not in the same form as some Japanese sports car enthusiasts in the USA would like to remember.
Advertisement

The Datsun brand is likely best remembered in the US market for low cost, fun to drive models like the famous Z cars but with the return of Datsun, Nissan has little plan to offer sports cars…or to sell any of them in the United States. The new Datsun brand will be used to introduce low cost, highly efficient models to emerging markets including areas like Indonesia, India and Russia. When Datsun returns in 2014 for those rapidly growing markets, consumers will have their pick of compact cars and trucks, all of which should be powered by small displacement engines and the level of amenities expected in those markets.

Nissan is already the third largest automaker in Indonesia led by the Grand Livina minivan while the compact Nissan March and Juke were the next two best models in terms of sales volume. The company hopes to improve sales by introducing the Datsun brand with smaller, lower cost models than what is offered by the more popular Nissan brands in order to avoid brand redundancy. This will most likely include a smaller multipurpose vehicle (MPV) and a city car that would compete with the likes of the Tata Nano in other markets.

Part of Nissan’s growth into these new markets will include a $400 million investment for plant expansions in Indonesia to prepare for what the Japanese automaker hopes will be a massive growth in sales in that market. This will include increasing their workforce in Indonesia to over 90,000 at both plants and dealerships. Also, as part of Nissan’s alliance with Renault, the company is looking to invest in Russian automaker Lada to bolster growth in that market.

The Datsun brand was key for Nissan’s emergence into the US market but in an effort to unify their company in 1981, Datsun models around the world were converted into Nissans. Datsun will join Nissan Motors as their third brand, sitting below the Nissan brand in price and amenities while the luxury Infiniti brand sits as the premium lineup atop the company. Unfortunately, the low priced cars, trucks and MPVs that will likely be offered by the Datsun are not models that are generally accepted by the American consumer so there is a better chance than not that there won’t be a new Datsun Z car on American roads anytime soon.