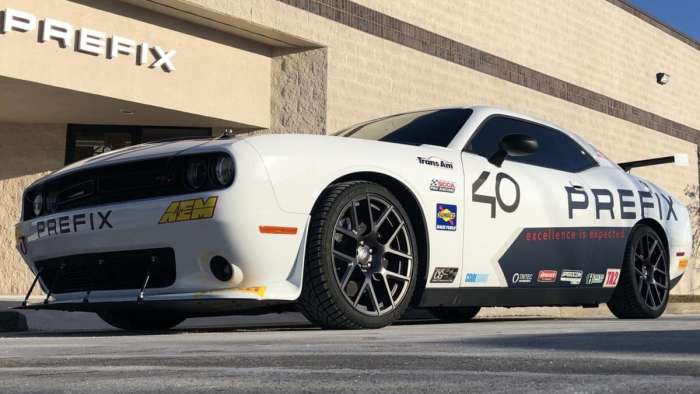 This Dodge Challenger R/T Scat Pack has been upfitted to resemble the Prefix/Stevens-Miller Racing race car that won the 2019 Trans Am TA2 championship, complete with a few extra ponies under the hood.
Advertisement

If you have been saving up to buy a used Dodge Challenger R/T Scat Pack, but you have been waiting for a car that really caught your eye, we might have the perfect car for you. The Prefix Corporation is selling their 2018 Challenger Scat Pack, which has been modified for improved performance, but it also features an array of eye-catching body bits that make this car truly unique.

This Challenger was built by Prefix to celebrate the 2019 Trans Am TA2 championship by the Stevens-Miller Racing program. The idea was to make a road car that looked as similar as possible to the championship-winning race car, and the plan was a total success. This car looks the part of a road race, while the suspension and engine upgrades allow this Scat Pack to outperform a standard showroom car on a curvy course. 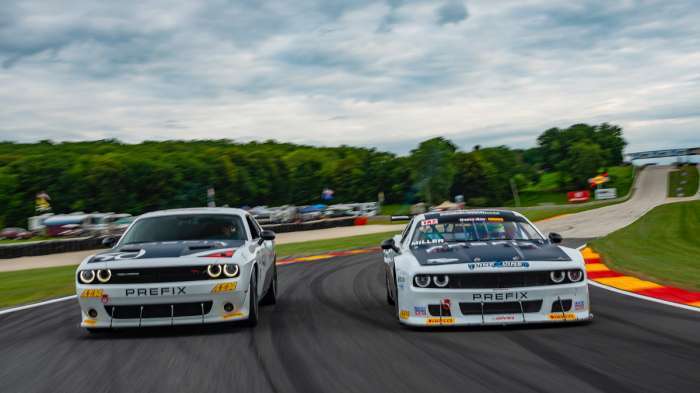 The Prefix Challenger
This 2018 Dodge Challenger R/T Scat Pack was purchased by the Prefix Corporation and quickly modified. The 392-cubic inch Hemi was upgraded with a Comp Cams camshaft and a Flowmaster exhaust system, lifting the output above the standard numbers, but we don’t have final power numbers for this cammed Scat Pack. 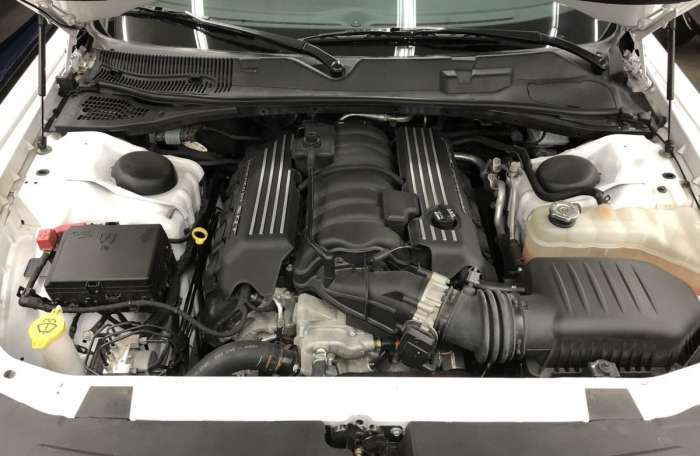 Next, an Eibach suspension kit was added to lower the Challenger by two inches while also improving handling. After all, this Scat Pack was built to celebrate a championship road racing effort. Oddly, the car comes with Bridgestone Blizzak snow tires, not something that would be ideal for road racing. Perhaps they want to make sure that whoever buys this car can drive it right away, even if there is snow on the ground.

Once the power and handling upgrades were complete, Prefix added a huge rear wing, similar to the one on the race car, along with a front splitter which also copies the racing setup. Finally, the racing livery was added, complete with Prefix logos on the hood, quarter panels and wing, numbers on the roof, doors and hood and sponsor decals scattered across the car from front to rear. 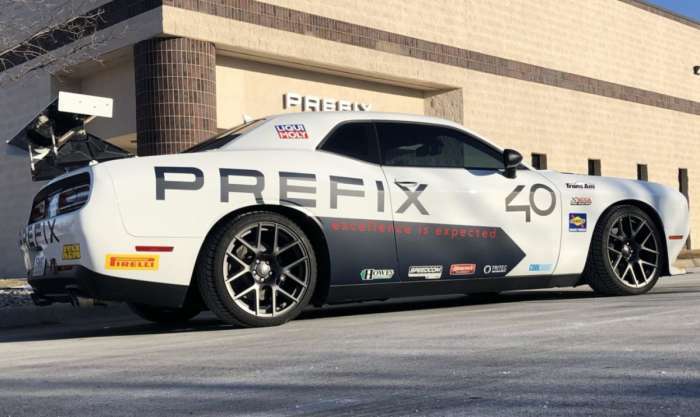 Unknown Pricing
The Prefix Dodge Challenger Scat Pack is listed for sale on Bring-A-Trailer, which is an online auction website. BaT puts effort into making sure that vehicles listed on their site are as the seller states, so buying through this site offers more protection than, say, eBay. Right now, the car is listed for $11,111, but there are six days left to bid. That price will most certainly go up and it should be noted the BaT does use an unlisted reserve system, so if the price doesn’t go high enough, this car will not be sold through this channel. 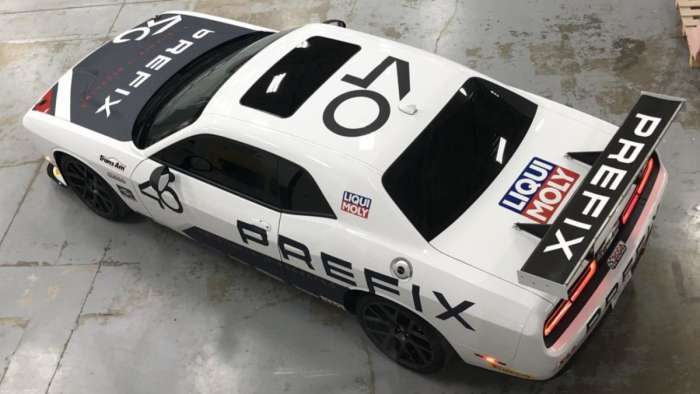 That being said, if you want a rare 2018 Challenger Scat Pack, it doesn’t get better that this Prefix Championship tribute car.