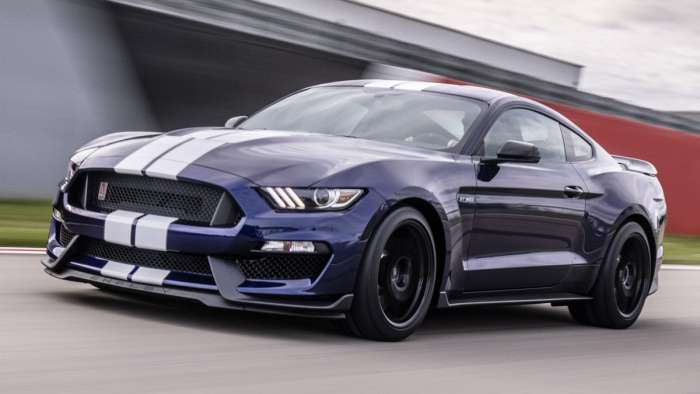 2019 was not a great one for the American muscle cars, with total sales volumes falling to the lowest that we have seen in the 8 years that we have been covering the segment, but the Ford Mustang once again led the Dodge Challenger and the Chevrolet Camaro in annual sales. This marks the Mustang’s fifth-straight annual segment sales title, with the current streak starting back in 2015.

Meanwhile, as Ford enjoys a healthy streak of annual segment sales titles, the Dodge Challenger has now beaten the Chevrolet Camaro in back-to-back years. The Camaro posted positive year-over-year growth in October, November and December while the Challenger posted a decline, but a modern record low in annual sales, Chevrolet sits third in the segment of three for the second year in a row.

Also, we want to remind everyone that FCA, Ford Motor Company and General Motors have all gone to a quarterly reporting method rather than monthly, which is why we are looking at muscle car sales by quarter rather than by month.

Call Them Whatever You Want
Before getting into the sales numbers for the end of 2019 for the Ford Mustang, the Chevrolet Camaro and the Dodge Challenger, let’s talk about the segment in which the three compete. In this piece, I am calling them muscle cars, which is the common term used in the automotive industry today. Some people prefer to call them pony cars and some other people only want the Mustang and Camaro to be pony cars while the Challenger “should be classified as a muscle car”. If you prefer, you can just call them two-door, rear-drive-based, performance oriented cars. That classification adds in more vehicles, but the Mustang, Challenger and Camaro outsold all of those models by a large margin.

You can call them whatever you want, but in the modern automotive world, the Mustang, Challenger and Camaro are in the same segment and most people call them muscle cars – so that is the terminology that I am using.

Whatever you call this segment, it is down quite a bit for 2019. In fact, since we began covering muscle car sales back in 2012, 2019’s total of 164,712 is the lowest combined figure for the three American muscle cars, after nearly a decade of numbers hovering around-or-above the 200,000 mark. The segment’s recent peak came in 2015 when Ford, Dodge and Chevy teamed up to move 266,216 muscle cars in a year. That was, of course, the first full year for the then-new Mustang and Challenger, but as those two models have faded back to lower numbers, the Camaro’s big drop has had the biggest impact on the segment as a whole.

Next in line for 2019 Q4 is the Dodge Challenger with 14,298 units sold. The Mopar muscle car is down 1% compared to the same three months of 2019, but Challenger sales continue to grossly exceed sales numbers from the pre-2015 era. 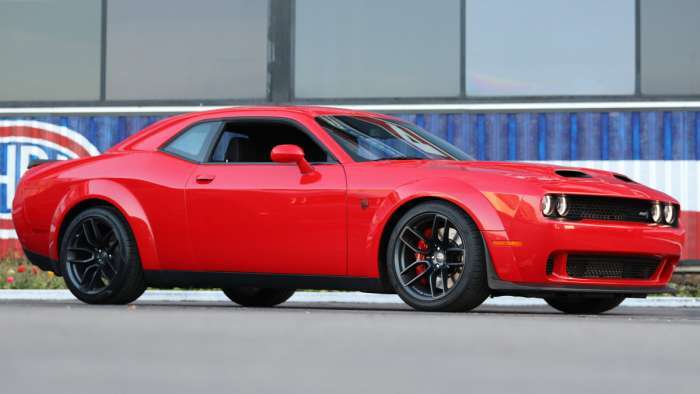 Finally, the Chevrolet Camaro continues to roll along in third place, moving just 11,474 units in October, November and December of 2019. The good news is that the Camaro is up 3% in the fourth quarter, but the bad news is that sales are still very bad. In 2019 Q4, Chevy averaged 3,825 Camaros sold per month. Prior to the introduction of the sixth generation car, the worst sales months for the Camaro was in the mid-4,000 range and overall, the monthly average ranged from 6,400 to 7,300.

2019 Total Sales
As you might expect, the Ford Mustang was also the bestselling car for the entire year of 2019, moving 72,489 units. That is down 4.4% from the year before, but with the entire segment being down significantly, those are still strong enough numbers for the Mustang to win the 2019 sales race by a comfortable margin.

The Dodge Challenger was second in 2019 sales with 60,997 units sold. That is a 9% decline from the year before, but with a quarter segment win in Q3 and second place finishes in each of the first two quarters of 2019, the Mopar machine finished the year second – for the second year in a row.

Finally, the Chevrolet Camaro finished third in the segment with the worst full sales year since the nameplate returned for 2010. Chevy sold just 48,265 units, replacing 2018 as the worst sales year for the Camaro in the modern era. The Camaro was a distant third in each of the quarterly reports this year. 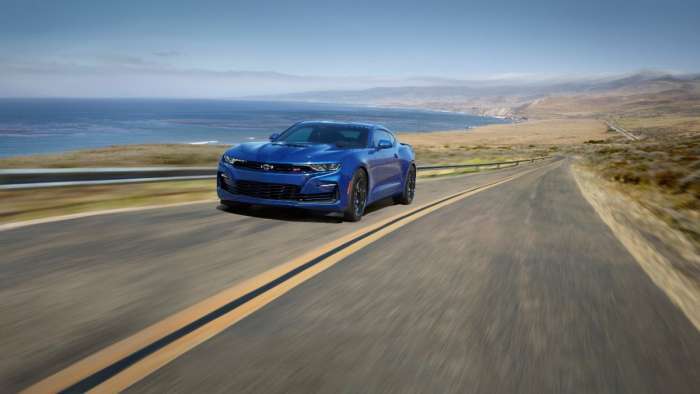 The folks at Chevy really need to do something big with the Camaro to get it back into the limelight. The fifth gen car was a smashing success and a sales leader for years, but the sixth gen car clearly missed the mark. The Camaro hasn’t beaten the Mustang in monthly sales since October of 2017 and the last time that the Chevy coupe outsold the Challenger was a month later, in November 2017.

Hopefully we will see a rebound in muscle car sales in 2020, but in the meantime, the Ford Mustang continues to be the bestselling muscle car, pony car or rear-drive performance coupe in the US market and the Dodge Challenger is second.

Jesse wrote on January 7, 2020 - 7:51am Permalink
First comment. It is a truck and SUV world. Two-door cars are not an endangered species, they are almost extinct. Second comment. I looked up the yearly sales figures for the recently canceled Chevrolet Cruze. Between 2012-2018 yearly sales ranged between 142,000 to 273,000, depending on model year. This is the small car segment and there are many nameplates to choose from. GM chose to exit the Cruze from this segment. My point is why is the Camaro in production? As a Camaro enthusiast from the original Camaro 'til today, it is a sad situation. As I have said before, style gets you on the dealer's car lot. Then the car has to sell itself.
Brian Lennan wrote on March 15, 2020 - 12:00am Permalink
I owned a 1977 1/2 Z28 second gen and currently own a 1987 IROC Z 350. I was looking forward to the new Camaro when it was brought back into production but the design never clicked with me. Although the new Camaro handles much better than the Mustang and Challenger the design doesn’t come close. It is hard to see out of as the belt line is very high and it lacks the visuals of the 1st, 2nd and 3rd gen cars. The 4th gen Camaro sales slowed as its design did not grab people like the 2009+ Camaros. The new Mustang and Challenger designs are much closer to the original than the Camaro. GM needs to really get down to earth to make it work. The prices are also way to high for all demographics for a simple V8 powered muscle car. That is why they sold well from the 1960s to 1990.