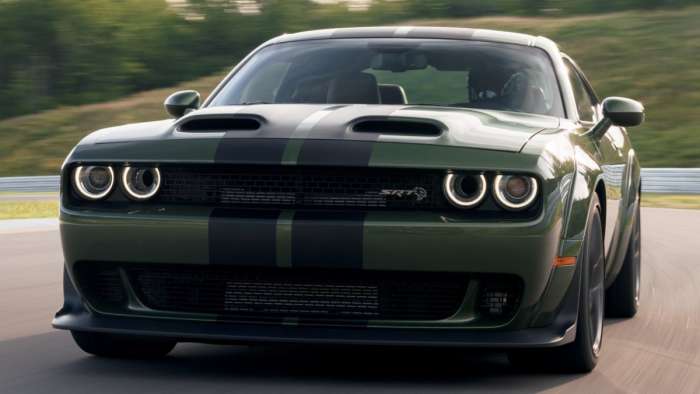 Dodge doesn’t break out production numbers of individual models, but thanks to information posted online, it looks as though the company produced 6,700 examples of the Challenger Hellcat for the 2019 model year, 3,957 of which were 797-horsepower Redeyes.
Advertisement

Like many other vehicles in the US market, the Dodge Challenger is amidst a sales slump compared to the year before. FCA has gone to a quarterly reporting method (following the pattern set by GM and Ford) and during the first three quarters of 2019, Dodge has sold 46,699 Challengers. That is a decline of about 11% from the same period in 2018, when the modern Challenger posted its best sales ever.

While Challenger sales are down, popularity of supercharged models remained strong thanks to the arrival of the 797-horsepower Hellcat Redeye. As mentioned above, FCA doesn’t offer detailed production breakdowns, but thanks to information posted online, we have what are likely accurate production numbers for the 2019 Challenger Hellcat and Hellcat Redeye.

Information Source
Before getting into detail on the production numbers for the 2019 Dodge Challenger SRT Hellcat, we want to point that these are not official production numbers from FCA. While the automaker provides quarterly sales numbers, they do not provide production numbers, nor will they offer a breakdown of popularity by model. The company will occasionally point out a milestone, such as 30,000 units of a certain model produced, but to get real detail for a specific model, you have to hunt around online.

Fortunately, an individual who goes by the screen name PLMCRZY on the enthusiast forum Hellcat.org has access to production detail and for the past few years, he has been sharing that information on the forum. He has provided all of the Hellcat production numbers that we have talked about over the past few years and frankly, we have never seen any other numbers from Dodge that refute his. 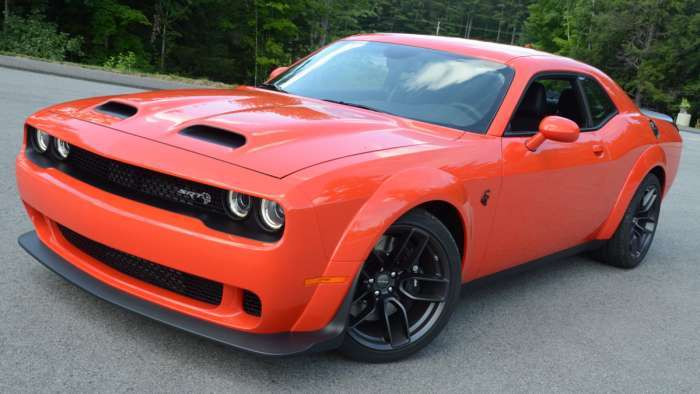 So while these aren’t official numbers, they are as good as we can get and the source has proven to be a consistent one over the past few years. With that, here are the numbers from the mysterious forum member for the 2019 Dodge Challenger SRT Hellcat and Redeye.

2019 Supercharged Challenger Sales
According to the PLMCRZY charts posted in various Facebook groups and on several forums, Dodge produced 2,743 examples of the 2019 Challenger SRT Hellcat with 717 horsepower. That includes 1,738 with the standard body with and 1,005 with the optional widebody package. Those numbers are both down from 2018, when Dodge produced 1,775 standard-width Hellcats and 1,876 widebody models, but there is a good reason for the decline.

Update: Since publishing our initial report, PLMCRZY's numbers for the 717-horsepower Hellcat Challenger numbers have been revised. The new numbers are 1,134 Hellcat Challengers with the standard-width body and 1,361 with the widebody. The Redeye numbers below remain unchanged.

The 2019 marked the introduction of the 797-horsepower Hellcat Redeye, which proved to be a hot commodity. According to the numbers posted online, Dodge produced 604 standard-body Redeyes and 3,353 with the widebody package, for a total of 3,957 Challengers built with 797 horsepower.

It should be noted that Challenger Hellcat sales in 2018 were relatively low due to the introduction of the limited edition, 840-horsepower Demon models. There were 3,300 units of that model produced and sold, so when coupled with the 3,651 Hellcats built and sold for 2018, there were 6,951 supercharged Challengers released into the wild from the 2018 model year. There were 6,700 supercharged Challengers built and sold for 2019, so these numbers are down a bit, but Dodge still sold 6,700 muscle cars with at least 717 horsepower.

Historical Hellcat Challenger Sales
Based on the numbers posted online by PLMCRZY over the past few years, Dodge has now produced and sold 35,790 examples of modern Challenger with some variety of the supercharged 6.2-liter Hemi. This includes 25,652 standard-width Hellcat models, 2,881 widebody Hellcats, 3,300 Demons, 604 standard-width Redeyes and 3,533 widebody Redeyes. 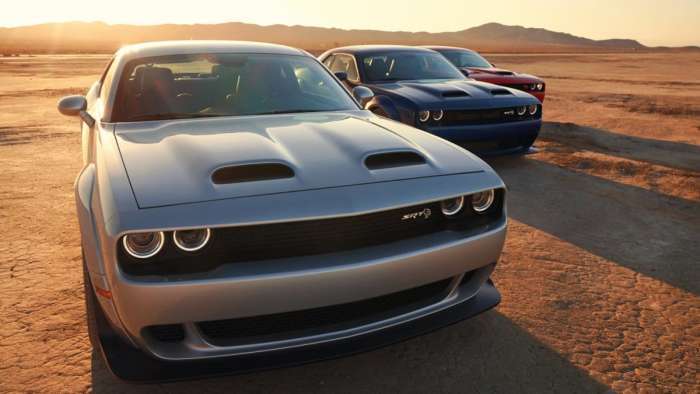 As for the Hellcat Widebody, 1,876 units were produced and sold for 2018 with 707 horsepower. As horsepower climbed to 717 for 2019, production dropped to 1,005 as many consumers opted for the 797-horsepower Redeye models.
And to think, some members of the FCA management team from the European side of things didn’t believe that the Hellcat Challenger and Charger would reach their meager breakeven point of around 5,000 units. Meanwhile, they have built and sold more than 35,000 of the coupes alone.

DeanMcManis wrote on December 24, 2019 - 2:46am Permalink
I think that the Hellcat engine is simply amazing. The idea that you can have a 700-800+HP warrantied, factory engine that reliably runs off of pump gas is unprecedented, especially in a reasonably affordable car (not a $$$ exotic). It is natural that the Challenger's sales numbers have fallen off since it was first released. Dodge has really done little to update the Challenger and Charger for several years now beyond the awesome Hellcat motor. The Demon was also a first, having a factory drag racing car that was also (truly) street legal. The Widebody model stuffed fatter tires in the car, and the Redeye gave us almost all of the power of the Demon without the compromises and at a lower price. I still think that Dodge should offer the Redeye engine on all of the vehicles that can fit it under their hoods, from the Challenger and Charger, to the RAM trucks, to the Durango, and of course the Jeep Trailhawk. Until the PSA/FCA merger finishes, and Chrysler has to start thinking about building some competitive economical cars like all the other automakers, their unique superpower is their super-powered engines.
Arcee wrote on December 26, 2019 - 2:06pm Permalink
It would be nice to see FCA focus on safety and improve the safety ratings of the Challenger, Charger, Durango, and Grand Cherokee. The safety ratings of these models is dismal compared to the competition, and inexcusable considering it is the 2020 model year. If they are going to stuff this kind of power in a vehicle, they need to beef up the overall safety of the them as well.
Alan Mar wrote on December 27, 2019 - 5:45am Permalink
I commend FCA for producing these cars. ( Hellcats. Redeyes Chargers). These fire breathing muscle cars. Like the ones in the 60 - 70s. Will not last forever before government or environmental EPAs pressure them off the market. With the popularity of EV vehicles. And their astonishing performance. Soon. People will question the need or want for gasoline vehicles. Which makes my appreciation for these cars ever more.
Michael Gavilan wrote on October 28, 2020 - 5:00am Permalink
Does anyone know if there are any 2019 Yellow Jacket Widebody Challenger HELLCATS. I have 1 of 35 in a manual Widebody from 2018. Did they stop making the yellow jacket color for 2019-2020.