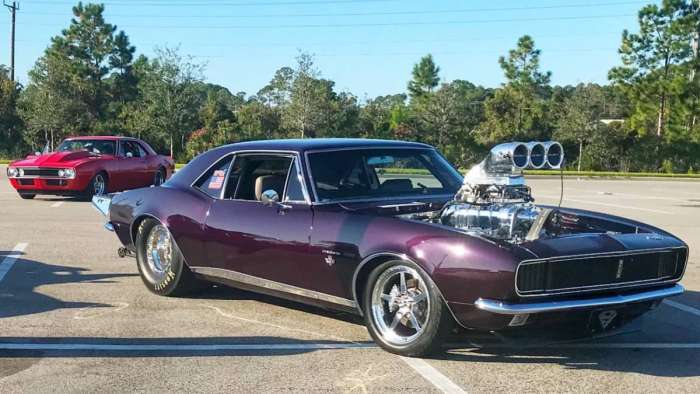 1967 Chevrolet Camaro RS is everything that we imagine when you think about a classic, big block muscle car, from the stunning engine bay to the race-ready stance.
Advertisement

For the past few years, TorqueNews has worked with the members from the Camaros Unlimited Facebook group to select our Camaro of the Month. This begins with the members of the Camaros Unlimited Facebook page – more than 43,000 of them – nominating their favorite Chevrolet Camaro owned by a fellow member of the page. After five owners have been nominated by the community, the voting begins and when the balloting closes, we have our Camaro of the Month.

For December 2019, the massive crowd of Chevrolet muscle car fans picked this 1967 Camaro RS, owned by Frank “Camaro” Canzoneri. We reached out to Frank for more information on his gorgeous muscle car and below, you will find his story.

Frank “Camaro” Canzoneri’s 1967 RS
The story of my Camaro began in 2002. I was re-doing my first car and wanted to have a smooth firewall, so I drove over to the local speed shop, American Motorsports (which is dangerously only 5 minutes from my work) to see if they had a gauge pod that I could mount to the windshield pillar to keep from making holes in the firewall. Upon opening their door, I was face to face with a 1967 RS Camaro with a blown 427 staring right at me. A ‘67 RS had always been my favorite car and the blown big block was just a bonus! 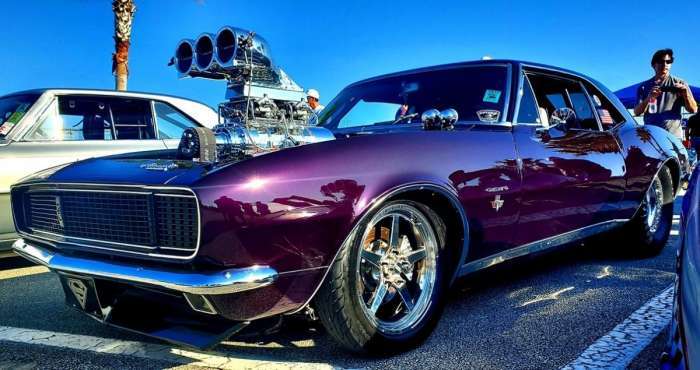 Long story short, the seller needed money and had a buyer coming the next day, I couldn’t get the money fast enough, so the next day was torture knowing that somebody else was picking the car up..... at 5pm I got a phone call from the seller letting me know that the buyer no-showed. I went over to see it one more time the following morning and became the “Approved Customer Frank Canzoneri” which they placed on the picture of the car on their wall with the caption “VISA, don’t leave home without it”... as I wasn’t taking any chances waiting for the loan to come through.

The best part about the car is the lifelong friends that I have made along the way and the ones that I continue to make! These are friends that would do anything for me and I for them.

I was recently helping a friend find her dream car which also was a ‘67 Camaro. I had friends in all the right places to drive 2 hours to look at a car for us. Those friends also picked up the car and piggybacked it down to the TurkeyRodRun so she could take possession of it and cruise with the rest of her Outlaw Garage Family, which is a great group of car peeps that I am thankful to call my friends!

As far as the car, my friends named it Superman. The 427 with the right pulleys made enough boost for it to hold its own through the years, until a little too much fun caused a small piece of an exhaust valve to give up the ghost. I was all set to rebuild the 427, had the heads redone, and then decided with the price of race gas that I was feeding it, I could pay for a new pump gas engine in the first 15,000 miles by switching to pump gas. Well, I knew it would have to be stout to be able to keep up with my friends so we dialed up a 598 cubic inch Dart Big “M” block with a Callies Magnum crank and Oliver Billet Steel rods, on top of that we went with some AFR CNC’d heads, Ron from American Motorsports topped off the heads with a set of Jesel Shaft Rockers and Solid Roller camshaft. Up top is a 1471 Blower and a pair of Quick Fuel Boost Referenced Blower Carbs. The chrome valve covers are from the great guys at Biondo Racing! 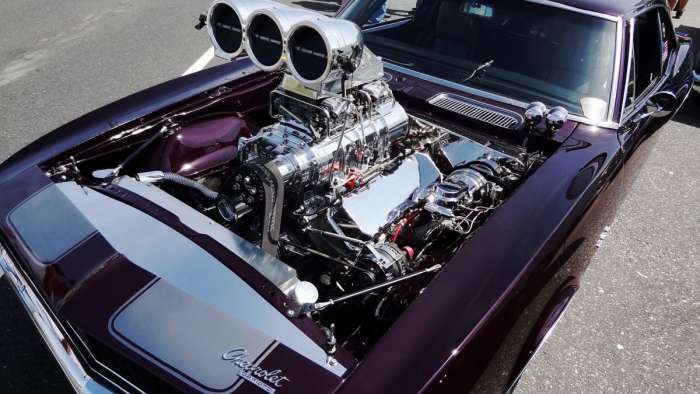 Backing up the 598 is a JW Performance Transmissions full roller bearing Turbo 400 with an Ultra Bell bell housing and a ton of goodies inside including a reverse manual valve body and a trans brake.

Out back, Advance Driveline hooked me up with a 35 Spline Spool with 411 gears, moser axles with 5/8” studs and a balanced driveshaft.

We knew keeping this many cubes cool in the summer of Central Florida was going to be a challenge so I enlisted Ron Davis Radiators to build a custom dual pass radiator with twin 16” Spal fans and shroud to keep the big motor cool. Some of the biggest improvements in keeping the engine cool also involved upgrading the electrical system which Tony Candela with CE Auto Electric Supply was instrumental in helping! If you are ever at a show ask me to start my car, you will see with just a bump of the key it fires right up, I owe Tony big time for that.

I am not sure how much room you have for my description but I could go on and on! It has been a labor of love since 2002 and we are always changing or upgrading something.

Still the best part of the car is the Smiles per Mile and friends I have made along the way! 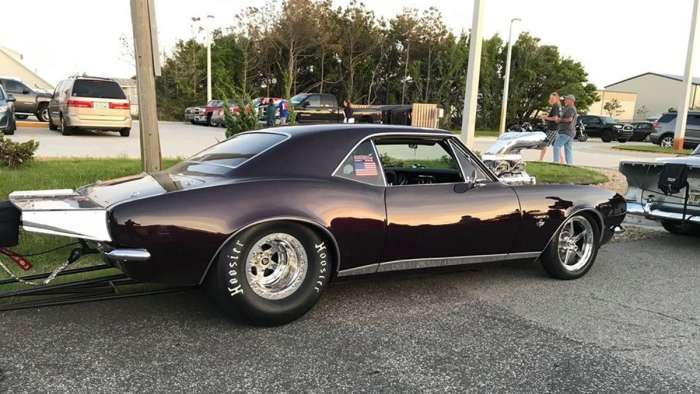