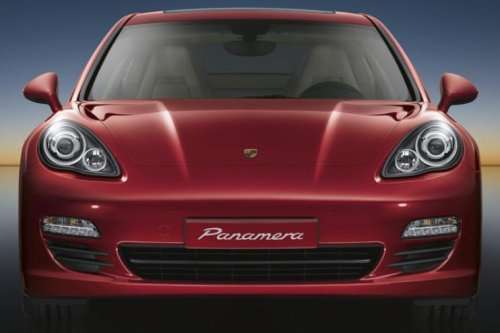 The Porsche brand is working hard to offer something sporty and luxurious to every prospective supercar buy and this point is amplified by the rumors that the German sports car builder could be expanding their Panamera sedan lineup with a new shooting brake designed to compete with the new Mercedes Benz CLS Shooting Brake.
Advertisement

If you are somehow unfamiliar with the “shooting brake” of the Porsche Panamera Shooting Brake, it is essentially a very slippery version of a sport wagon that employs the general shape of a sedan with an extended roofline that allows for more cargo space and rear passenger head room. The most famous shooting brake models in the world right now are the freshly announced Mercedes Benz CLS Shooting Brake that will include a high performance AMG variant.

However, with a smaller market for the shooting brake compared to the traditional Porsche Panamera sedan, perhaps the German automaker will only offer the Panamera Shooting Brake in the higher end trimlines to compete with the likes of the Mercedes Benz AMG CLS63. Then again, the Panamera is arguably the more family-friendly package so perhaps the company will offer the full complement of Panamera trimlines to satisfy those who want an ultra high performance shooting brake as was as offering something for someone who wants the added room of the Shooting Brake but are less concerned with being able to beat their neighbors Ferrari.

The rumors from Autobild.de indicate that the new Porsche Panamera Shooting Brake could arrive as a concept as soon as the Paris Motor Show this October. There is less demand for these types of supercars in the US but shooting brake models are far more popular in the European market so while the extra large Panamera may raise a few eyebrows in the good ol’ US-of-A; European enthusiasts and those Americans with an open mind to a grocery store friendly supercar should love the prospect of a Panamera Shooting Brake.

The Porsche brand already offers an impressive range of high performance luxury models beginning with the sporty, compact Boxster and the upcoming Cayman for those who are looking for German performance on a budget followed by the Porsche 911 with a massive range of features for every buyer. The Panamera currently satiates the high performance sedan buyers while the Cayenne answers the call for those prospective Porsche buyers who want to be able to go anywhere in any conditions. Porsche will also soon begin production of the new Macan compact sport utility vehicle that will range below the Cayenne. There is also the upcoming Porsche 918 Hybrid supercar so all Porsche needs now is a pickup truck and a small sedan and they will literally touch on every major segment in the global auto industry…an impressive claim that most supercar builders will be close to stating.

A special thanks to my Belgian friend Max who did the translating for me!

Tesla Giga Berlin's New Hurdle: It's Not Only the Gov't, but Now Tesla Itself
Teslas Are Sold Out Until 2023, But The Timing May Reverse
END_OF_DOCUMENT_TOKEN_TO_BE_REPLACED