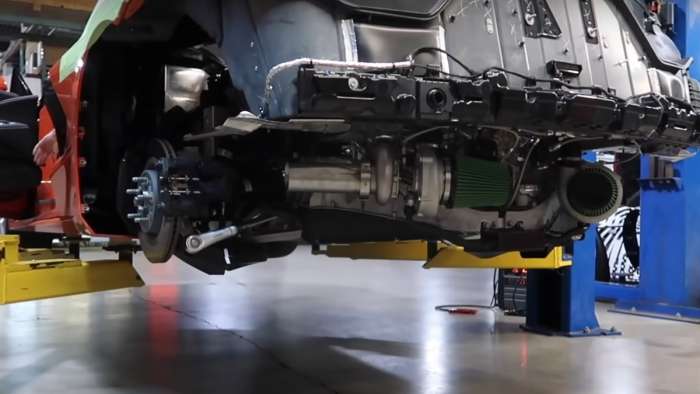 We are sure to see plenty of 2020 Chevrolet Corvette Stingrays with aftermarket forced induction systems and monster power, but the first of them comes from the team at Hennessey Performance in the form of a bolt-on twin turbo package, showcased in the video below.
Advertisement

The arrival of the C8 Chevrolet Corvette is a big deal, as the mid-engine sports car that we have been talking about for years is finally here. The early media reviews were glowing and the first owners to receive their cars over the past few weeks are loving their new Corvettes, but some owners are rushing to modify their C8. One of those owners is John Hennessey, owner of Hennessey Performance in Texas, who has taken delivery of his Sebring Orange 2020 Corvette Stingray.

Since receiving his C8, he has loaded it onto the dyno, making 466 horsepower and 451 lb-ft of torque at the rear wheels. Those are solid numbers for a car rated at 495 horsepower and 470 lb-ft of torque, but of course, Hennessey immediately got to adding power. We don’t know how much power yet, as tuning capabilities for the LT2 have not been unlocked yet, but it shouldn’t be long before those numbers are announced online.

Hennessey Twin Turbo C8 Corvette
Hennessey Performance states on the company website that they will offer an array of power-adding upgrade packages for the C8 Corvette, but no specific details have been offered on those packages. We know that at some point, there will be a twin turbo package that yields 1,200 horsepower, but we don’t believe that it what is at work in the video below. The 1,200 horsepower package will require a built engine and based on how quickly this video was released, it is unlikely that the team had time to pull the engine, build it and get it back together. 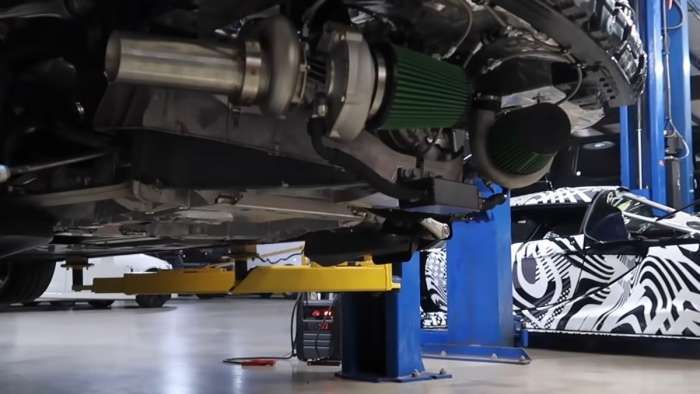 We would guess that this is some sort of “entry level” twin turbo kit for the C8 Corvette, running lighter boost on the stock internals. There will also be multiple supercharged packages at some point, along with naturally aspirated packages. Based on past offerings, the naturally aspirated upgrade packages could bump the LT2 up into the 550 horsepower range while the forced induction packages will likely start in the 600-700 horsepower range, reaching up to the aforementioned 1,200 horsepower package.

Locked Engine Computer
There has been no word of any tuning companies unlocking the computer system for the LT2 V8 in the C8 Corvette, so the car shown here is either running very light boost on the stock computer or they have installed an elaborate standalone system. Without any concrete details, we are guessing that this car is running very light boost, allowing for the engine computer to adjust the factory tune enough to deal with the added air. 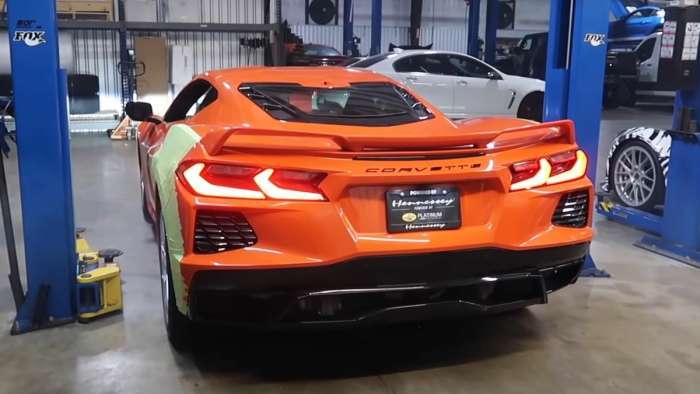 Until tuning capabilities are unlocked for the LT2, we aren’t likely to see monster numbers, but as soon as the tuning companies crack the LT2 security system, we will start seeing the videos with big power numbers.

In the meantime, we can enjoy looking at and listening to John Hennessey’s C8 Corvette with the first LT2 twin turbo kit in the video below.